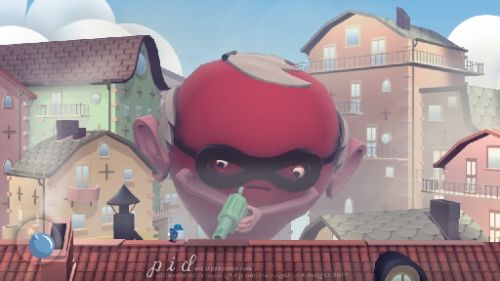 We all love a good downloadable platformer and whilst many become classics e.g. Braid, not a great many are co-op.  Therefore, this new announcement trailer for the strangely named Pid is great news.  Pid is the first game from Might & Delight and combines platforming with physics based puzzles and robots!  Check out the new trailer and some screens after Read More.

Most of the announcement trailer concentrates on the solo elements of Pid, but fast forward to around 1:10 and there is a segment showing two players taking on the puzzles and attacking robots.  M&D describe the co-op mode;

Travel with a friend

In Pid, two players can experience the adventure together. In coop-mode, players are expected to truly cooperate in order to safely advance through the levels. Both are highly dependent on the other, and even if friendly cooperation is a must, there is plenty of room to wildly compete and test your retro skills against your friends.

Pid already looks scrumptious and with a planned release on xbla and psn in 2012, there is even time for a further spit and polish.  Many of the team behind this game also worked on the first Bionic Commando Rearmed, so this is one game with some great platform based potential.