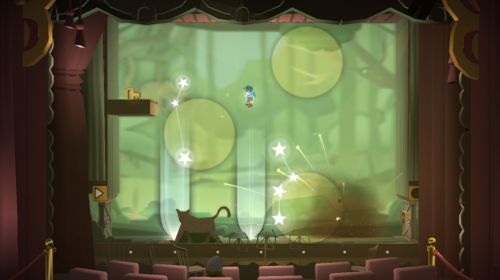 One of this week's Xbox Live Arcade releases, Blood Knights, has been mysteriously delayed at the last minute. Thankfully Might & Delight's puzzle platformer Pid is actually available now for XBLA, PSN, and Steam. I picked it up on XBLA, but the developer is now offering a special deal on the computer version that's definitely worth a look.

To encourage fans to buy directly from them, Might & Delight offers the "ultimate deluxe" version of Pid for $20. It contains:

The excellent soundtrack alone makes it worth a buy in my opinion. What about console gamers though? Will they be able to get the soundtrack on its own somehow? We've contacted the developers and wll update when we find out.

You know, Pid plays so uniquely that it's hard to fully grasp even after watching the game in motion on numerous occasions. You really have to play it for yourself to grasp the core beam mechanic. Still, I'll explain as best I can:

Kurt, the young protagonist who is stranded on an alien world, can throw a gem that turns into a beam of light whenever it strikes a surface. Stepping into that light pushes him in the direction of the beam, sort of like stepping on a fan or something. Kurt can have two beams onscreen at once; throw a third and the first disappears. He can also cancel one or both beams with the press of a button.

Using these tools, Kurt must navigate all manner of platforms, bottomless pits, and spiked walls. Each new room offers at least one puzzle-like situation that you'll have to overcome with smart usage of the beam mechanics. So far it has been quite challenging, but always fair. Fans of classic platformers should definitely give it a try and see for themselves.

Pid also supports 2-player local co-op, in which case Kurt is joined by a girl named Aubrey. In co-op, each player only gets one beam instead of two, which should definitely put a unique spin on the gameplay. We'll have more to say in our co-op review next week.

Pid costs $9.99 or 800 Microsoft Points. Grab the XBLA version at Xbox.com, the PSN version through the Playstation Store, the Steam version here, or the deluxe PC version here.