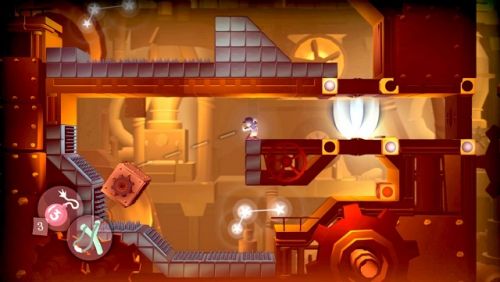 Modern gamers are soft.  Back on the ZX Spectrum the concept of saving did not exist, you had to complete Jet Set Willy in one go - man up!  Modern gamers expect a save point every few seconds just in case they die, boohoo.  Pid is a local 2 player co-op game that was hard to begin with, but even harder when the save files did not always work on the 360.  Now that is too tough, so a patch has arrived.

Next time you boot up Pid on the 360 you will be prompted to install a patch, I suggest agreeing to do so as it will prevent your Pid game saves from being corrupted.  Co-Optimus found the game incredibly tough even without any bugs, so at least being able to save the game cleanly will relieve some pressure.

In other Pid based news, you can pick up the game on Good Old Games for 80% off when bought with four other games.  You'll be taking the Pid for only $2.