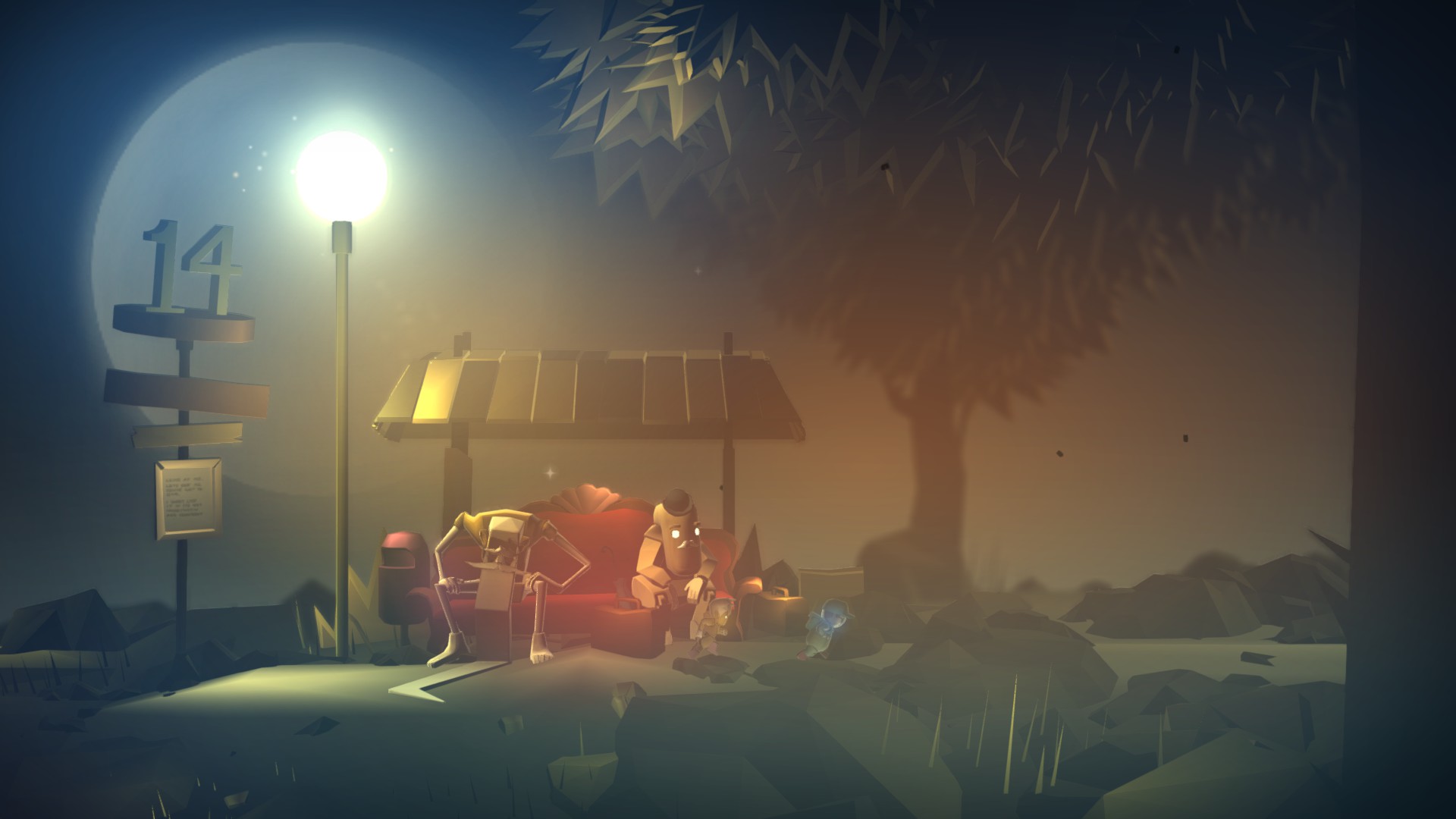 Long ago, the studio that developed the incredible Bionic Commando: Rearmed broke up. Some of the remaining staff formed Might & Delight, which would go on to release games like Book of Travels and the Shelter series. Might & Delight's first game, though, was an ultra-hard platformer called Pid. Ten years later, Pid is about to find a new life on Nintendo Switch. On November 18, a whole new generation will get to face the game's beauty, challenge, and 2-player local co-op.

Pid tells the story of a boy who falls asleep on a bus and gets dropped off on an alien planet. There, he meets all manner of strange residents and dangers as he searches for a way to get back home. The hero (and his companion, Aubrey, when playing co-op) soon gains the ability to throw beams of light. Going through these beams will allow the kid to hover briefly, allowing him to reach new heights in the game's increasingly precarious environments. Even before Pid first launched on Xbox 360, PlayStation 3, and Steam back in 2012, we were impressed by its stark, lonely landscapes and colorful art style. The soundtrack is memorable and catchy, and you can even still buy it on Amazon Music. Throwing beams of light to get around is also pretty unique. Unfortunately, we found the game to be frustratingly hard in our original co-op review. It will be interesting to see whether or not the Switch version has eased up on the difficulty.

Pid will launch on Switch on Friday, November 18 courtesy of publisher RedDeer.Games. The Steam version sells for $19.99, but no word yet on Switch pricing. We'll give the game a shot on Nintendo's system and let you know how it goes!