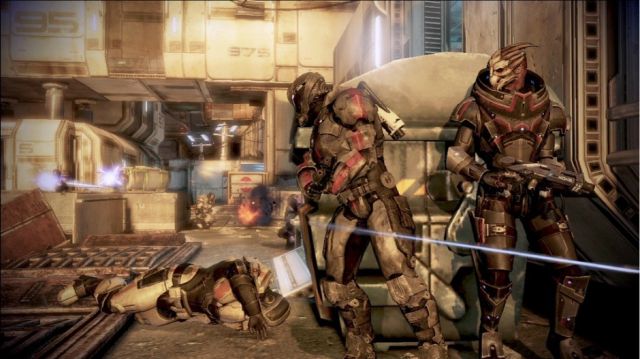 This will probably be the last time we post a story like this, because expect it to be the norm.   That is, future digital EA releases on the PC will only be available via Origin for download and most likely, retail versions of the game will also require you install Origin to have them run.  Origin is EA's online service for its PC games.  Mass Effect 3, with its four player online co-op mode, will be the next game from EA to follow this sort of DRM method.

What's interesting is that Mass Effect 3 WILL be available on other digital platforms for download like purchasing it via Amazon.com or Gamersgate.  According to Bioware (and most likely the EA standard line) - Steam is creating a restrictive practice for publishers, not allowing them to "interact" with their customers for patches and content. In reality this means Steam doesn't allow the same kind of data collection policies that EA would like on their customers so they've taken their ball and gone home.

And you know what?  That's just fine.

Origin itself is maturing at a rapid rate and with each major release utilizing the platform it will only get better.  It's good to have competition in any space, whether it's digital or physical.