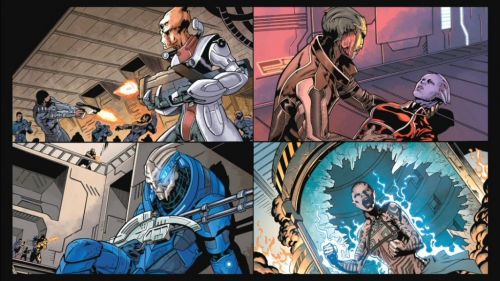 Like a deadly ninja, the Wii U launch is sneaking up on us, but instead of being armed with throwing stars, it has Mass Effect 3.  That's right; the top rated 4 player co-op title as been confirmed by Bioware for the newest Ninty launch day of November 18th in the US and November 30th in the EU.

The Mass Effect 3 Wii U version will be a veritable smorgasbord of extras as it includes the original game, 2 additional single player DLC packs and the first three multiplayer DLC packs - Rebellion, Resurgence, and Earth.  The disc will also include an updated version of the Mass Effect 3 interactive comic Genesis; this will allow gamers new to the series to review what happened in the previous games and make their own decisions.

With only a matter of days until the Nintendo Wii U is launched, what games are you planning to pick up?