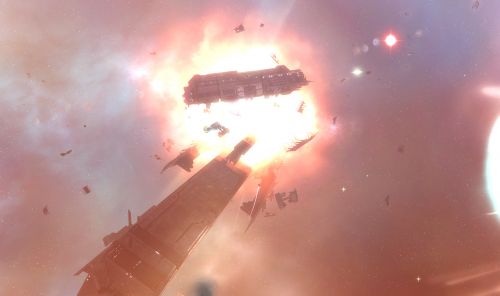 Rebellion is the first standalone expansion for Sins of a Solar Empire (2008) and Stardock has released a trailer of epic proportions. It features the telling of a dark tale of usurping forces, oppressed armies, civil war, and some of the best space ships we have seen in a video game. Check out the trailer below.

The expansion features a graphical overhaul to the system as well as Rebel and Loyalist factions for each of the three races. The new sub factions come with unique ship loadouts and resources for your disposal. While the battles in Sins of a Solar Empire are already immense, they are only going to get larger with the expansion. Be prepared for co-op marathon sessions with your friends where you will certainly need to ally together to explore, expand, exploit, and exterminate the oppressive alien fleets.

Stardock had a beta last month for customers who have already pre-ordered the title and will son be running a second beta. For those who already own the origial game's Trinity collection there is a $10 pre-order discount on the Rebellion expansion. If you haven't played the original, you will probably want to start now since your first game of Sins will probably end by the time Rebellion is released.