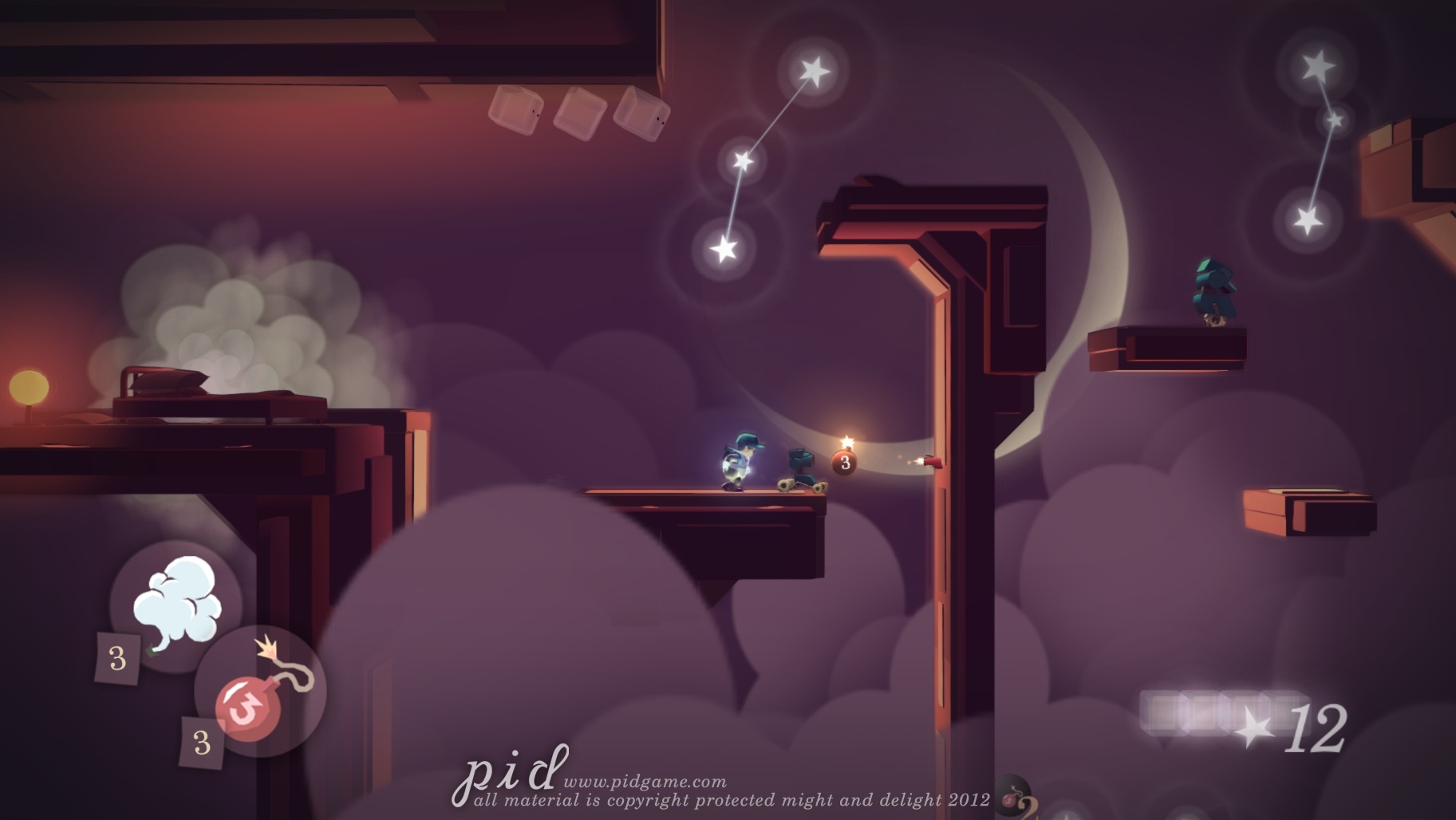 Pid was one of the best surprises of E3 for me. I knew I had to check it out due to the pedigree of its developers Might & Delight, whose members previously made the sublime Bionic Commando Rearmed (a personal favorite). As it turns out, Pid shares quite a lot of DNA with its spiritual predecessor - from the retro-chic 2D visuals to its own quirky platforming gimmick. The new 'Operation Tango' trailer shows off those things and more, including some absolutely beautiful music. You must hear it.

If Kurt is ever to find his way home, he's going to have to brave some tough enemies. To make his way through the strange world of Pid, he must be clever and know the enemies -- whether they're trying to slyly knock Kurt off of a platform or suck up his lightbeams. These foes come in all shapes, sizes and prove to be quite tricky. This video serves to shed light on how many of them behave and how best to outsmart them.

As you can see from the video, Pid's actual gameplay centers around Kurt throwing beams of light at the ground and walls. Once the beam attaches to something, Kurt can then ride it to new heights or across gaps. Kurt gets two beams on-screen at once; throw a new one and an old beam disappears. In Pid's local co-op mode, each player controls a single beam of his or her own. That means you'll need to work together to cross gaps and avoid hazards... Let's just hope the necessary coordination doesn't add too much difficulty to an already challenging experience.