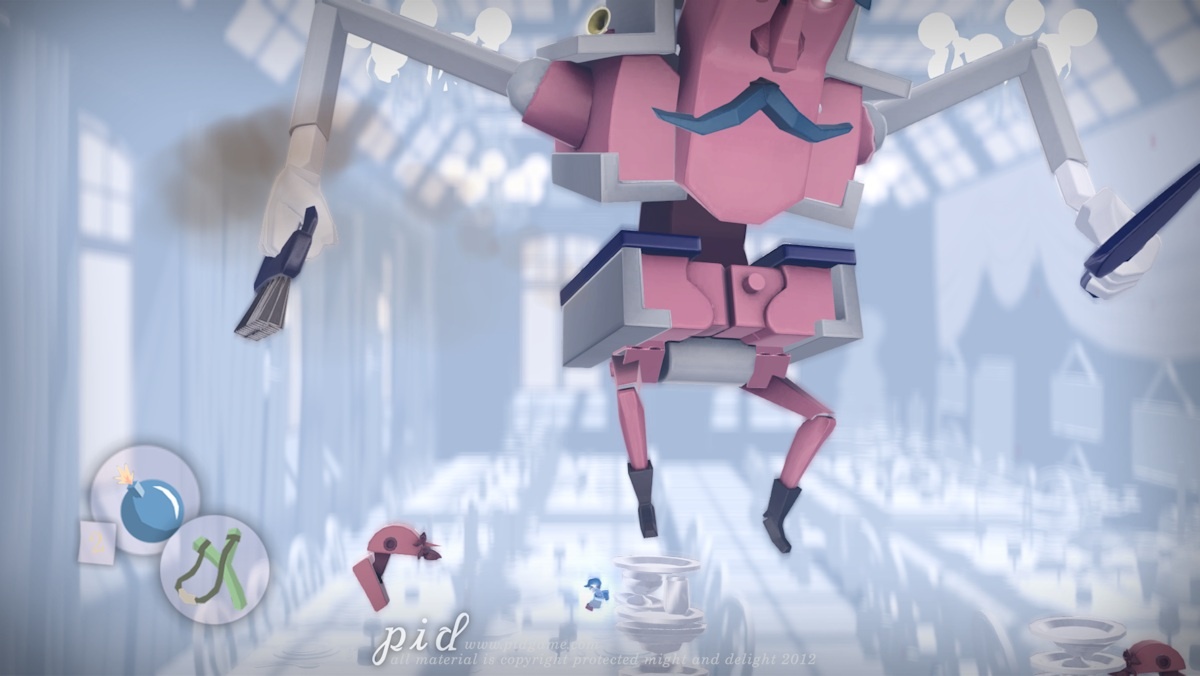 Might & Delight's previous Pid trailer certainly wowed me with its fantastic music. As it turns out, the game's soundtrack comes from a group called Retro Family (who sound quite similar to The Minibosses). The latest video coming from Might & Delight eschews gameplay footage in favor of showing Retro Family in action. The song will accompany a battle with one of Pid's gigantic bosses, The Butler. Don't worry, we've got new screens of The Butler to show you as well.

Creating a world as vast and affecting as Pid calls for a certain mastery of the sense beyond the beautiful visual art that makes Pid. The music written and performed by Retro Family sets the tone for every sway of the narrative. The most haunting tickle of a piano key washes over the intriguing feel of discovery, while bombastic jazz numbers like The Butler Theme make for explosive boss battles.