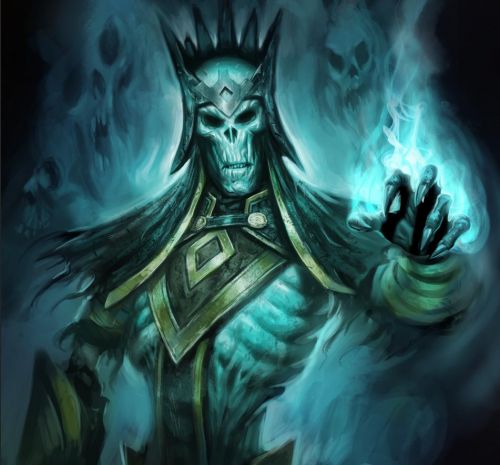 Guardians of Middle Earth has been a very surprising title for the XBLA and the PSN. it has attempted, and in many ways suceeded, to bring the wildly entertaining world of MOBA to a home console. As a part of the season pass model, numerous guardians have been unleashed since the game made its debut. The latest addition to this cast of legendary heroes and villains is the Barrow-wight Lord. Here is the official description for the lord of terror:

The Barrow-wight Lord belongs to the Enchanter class, and has the following abilities. "Barrow's Torment" can damage an enemy guardian or creature initially and over time. "Drain the Soul" steals life from a single target. "Chilling Touch" reduces an enemy guardian or creature's attack  speed while boosting your own. "Undeath" grants passive death immunity and allows the lord to teleport and damage an enemy while undead.

The Barrow-wight lord is the final offering of the season pass characters of Guardians of Middle Earth. Without the season pass, the character costs 160 MSP or $2 on the PSN. Guardians of Middle Earth features up to five player online cooperative play, and also has a new survival mode for up to five players. For a trailer of the Barrow-wight lord, take a look below: