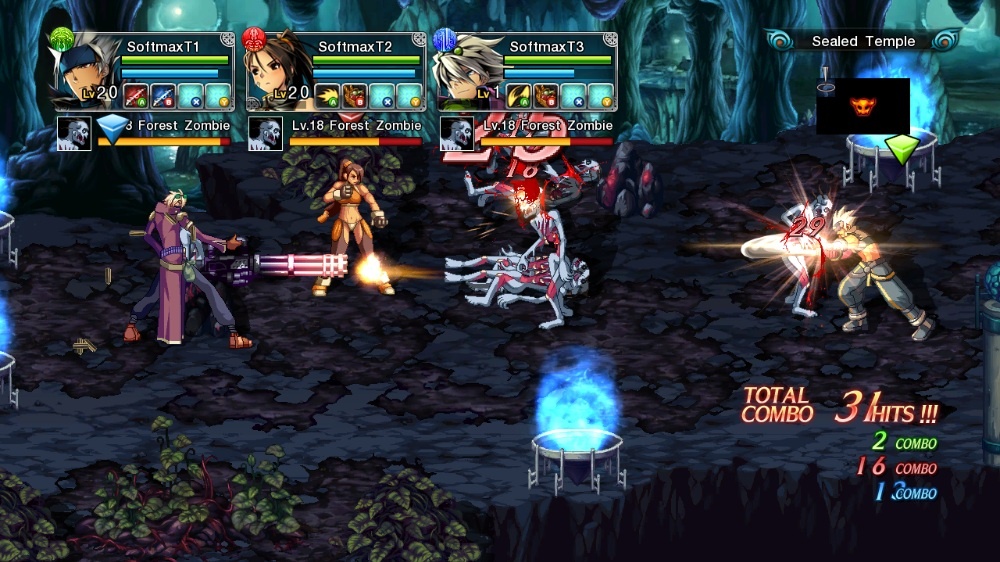 Prior to its release, Dungeon Fighter LIVE: Fall of Hendon Myre simply overflowed with potential. A combination of beat-em-up and RPG with an online multiplayer focus; how could things go wrong? Well, they did go somewhat awry, as our Co-Op Review explains. A complete lack of visual character customization and an online interface that would've been outdated in 2006, let alone 2012 makes what should've been a fantastic game into only a decent one. Developer Nexon has just published an official update that tweaks a few things here and there but sadly ignores just about all the issues that keep DFL from greatness.

The contents of the free title update include:

The three new difficulties – Expert, Master, and King’s Road – have been added to the Floating Gardens dungeon, the most challenging dungeon in the game available to only the highest level players.  These difficulties further test players’ abilities and skills and amplify the challenges they face during gameplay, while faster attack speeds improve performance during battles.

The camera viewpoint has also been changed to a user-centered angle, allowing users to move freely and shift their character’s position without affecting other party members during online multi-play.  Players who move off the screen will be directed back to the action by an arrow indicating the location of the player. In addition, the control functions and stability have been improved to provide players with additional choices, such as pressing “X” while moving or during an attack to initiate the attack skill before the function to pick an item up is activated.

The Floating Gardens is the game's extra-long final dungeon. It's geared towards forcing players to spend Resurrection Stones in order to complete the dungeon - stones which conveniently cost Microsoft Points. The addition of even harder difficulties for the Gardens could possibly extend the game's life with hardcore players, but most people will be happy to complete the dungeon once on Normal and never play it again. The update doesn't seem to address several bugs that afflicted the Floating gardens either (based on the wording of Nexon's press release).

The camera viewpoint fix for online multiplayer games is a much more appreciated change. I didn't mention the problem in my review as I honestly hadn't noticed it, but idle players were able to prevent the team from scrolling the screen during online games. The update corrects that issue, though I expect griefers can still prevent the team from switching rooms since that requires the full team's consent.

It's unfortunate that Nexon failed to improve the actual online partying system. Online teams can only stay together for a single dungeon (level). Once the level ends, everyone is kicked from the team and returned to their own individual towns. The party must reform in order to continue playing together, an issue that doesn't affect local multiplayer. As such, I find the game much more enjoyable offline than online.