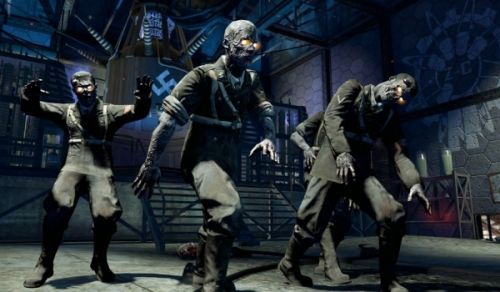 In case you missed it, Call of Duty: Black Ops 2’s “Revolution” DLC will be hitting Xbox Live tomorrow full force. To prepare gamers for the upcoming battles ahead, we’ve got some nice screenshots plus a preview video to study up and take notes.

This is the last chance to get a leg up on your opponents! As we’ve covered in the past few weeks, the four new multiplayer maps found in “Revolution”: “Downhill”, “Grind”, “Hydro”, and “Mirage” will add some new twists and elements to the multiplayer side of the game. Not only that, we’re sure the shiny new bonus weapon, the Peacekeeper SMG, will be on everyone’s list to use first thing. On the Zombies side of things, a new co-op level on a skyscraper called “Die Rise” and a new (and highly sought after) multiplayer game mode: “Turned” will pit a lone gunman against a horde of human controlled zombies in King-of-the-Hill fashion. One thing is for sure: this Black Ops 2 DLC has much offer and shouldn’t be taken lightly. Here’s quick look at some “Revolution” footage of the new maps in the video below:

The “Revolution” DLC pack will be going for 1200 Microsoft Points and will be releasing on the PS3 and PC around a month after the Xbox. When you get a more personal look at it, tell us what you think of Die Rise in the comments below!