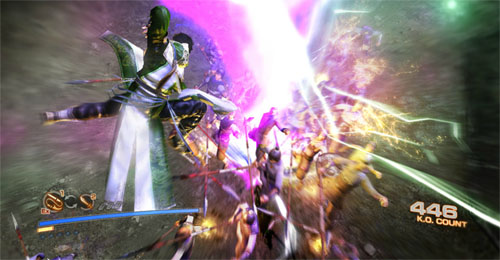 For DW fans, a demo is currently live for DW7: Empires. This demo lets players try out the brand-new "Edit Mode" where a character can be created and customized. Gamers can then take this character and try out some of the game (though honestly, I think we all know what to expect in the gameplay department), and then if they later purchase the game upon release, their custom characters can be transferred over.

DW7: Empires will support both online and offline 2-player co-op. Due to a lack of English dubbing (the game remains in its native Japanese with English subtitles), the game will only be available as a download through PSN (since the game is a PS3 exclusive).