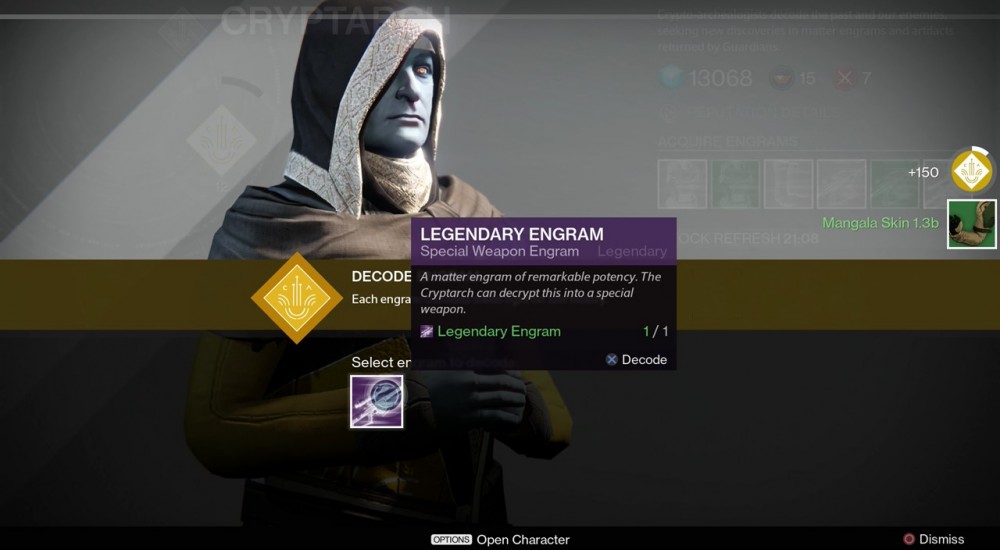 Bungie has been working these last couple of weeks to fix Destiny's more glaring issues, particularly with the Cryptarch and loot system. The dev team reveals their upcoming plans for their next title update, fixing some of the most frustrating parts of the game. For those who've played or have heard about Destiny's loot system, it's pretty well known by now that it is in need of some work. Players will painstakingly go through sometimes hours upon hours trying to farm certain spawning locations of enemies or do high profile raids to obtain better loot, sometimes coming up with rarely anything at all. Even receiving purple engrams, which have the chance to produce legendary items, may not guarantee a legendary item will be produced. This upcoming patch, however, will hope to change some of this:

The 1.0.2 patch will go live next week, and includes several changes to the Cryptarch and Engram experience.  These changes guarantee that Engrams will always decode into items at or above the quality of an engram.

Only Engrams that drop after 1.0.2 are subject to this change.

Cayde-6 took the Cryptarch aside and showed him a sack of doorknobs. He decoded that mystery pretty quickly.

As of now, the second "Loot Cave" has not been mentioned in the patch, so players can capitalize on them if need be. Hopefully though, this update will eliminate the need for it. What do you think? Leave a comment below!