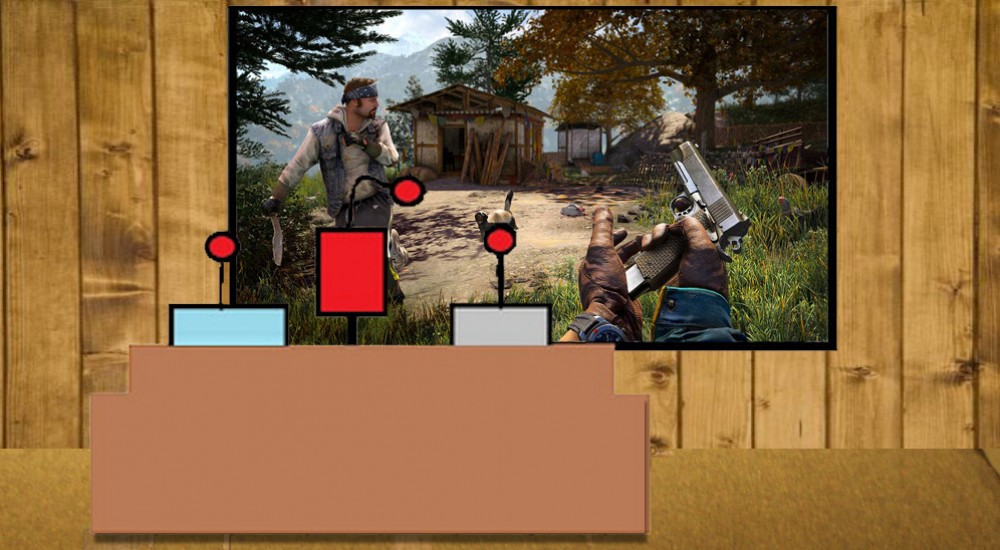 Hey guys, whatcha playing? We've got a couple of brave adventurers returning to Far Cry 4 this weekend, while others are exploring the new Destiny content. And if you haven't picked up the Humble Nindie Bundle yet, make sure you check it out!

Danny Cowan (@db_cowan) - "I've gotten back into the original King's Field, for whatever reason. Giant squid, I'm coming for you."

Marc Allie (@DjinniMan) - "I'm playing 'Figure out why my PC keeps getting blue screens.' It's getting a negative review from me so far."

Jason Love (@JLove55) - "I'll be trying to clear Far Cry 4 out of my backlog and engaging in some Prison of Elders runs in Destiny."

Eric Murphy (@smurph_em) - "I, too, picked up the Humble Nindie Bundle, so I have some Wii U games to try out. I'll most likely play some Monaco as well."

Locke Vincent (@LockeVincent) - "On set over the weekend so I'm on the mobiles this weekend. Really want to keep digging into Xenoblade Chronicles."

Tally Callahan - "Witcher 3 and back to writing - editing what is getting close to a final draft!"

Sam Tyler (@thereelsamtyler) - "Far Cry 4 is back on my radar and that is one massive game!"

Chris Metz (@The_Lemko) - "Spatoon and Metro Redux are on my radar for this weekend."

John Bardinelli (@itsamejohn) - "I partook (hath partaken?) in the Humble Nindie Bundle, so now I actually have Wii U and 3DS games to play that aren't Monster Hunter!"

Enoch Starnes (@enochstarnes) - "I'll be nurturing my budding Hearthstone addiction between bouts of Windward, which is pretty rad so far!"

Taylor Killian - "I might be dipping my spacefaring toes back into Destiny."