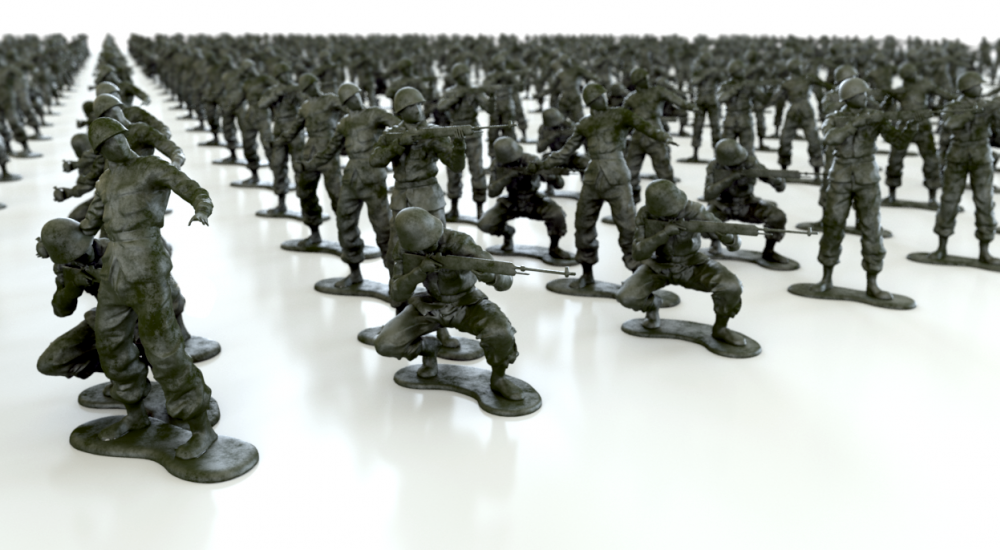 Sometimes, you've just gotta get back to your roots.  Whether it's (virtual) toy soldiers, weekends in nature, or spiritual successors, at least a few of us want to hop a bit backwards in time and rediscover what really makes us happy.  The rest of the crew seems to already have this "happiness" thing figured out, though, so they're exploring metroidvanias and anime games galore.  Check it out:

Nick Puleo (@NickPuleo) - "I plan to pick up Satellite Reign today on Steam and check out that hotness."

Mike Katsufrakis (@Pheriannath) - "I'm leaving for Arizona, so it's portable gaming for me!"

Marc Allie (@DjinniMan) - "I plan to start a new season character in Diablo 3!"

Eric Murphy (@smurph_em) - "We're hoping to finish the Trine 2 campaign on F.A.L.C.O. tonight (9PM Central).  Only two chapters to go!  I might play some Never Alone with the kids this weekend too."

Sam Tyler (@thereelsamtyler) - "It's a Nando's-filled weekend for me, but I'll probably try to fit some Chip's Challenge in there as well."

Tally Callahan - "Not sure for this weekend, as far as games go.  More Guild Wars 2, probably, between prepping for the course I'm teaching starting next week."

Taylor Killian - "I'll be attempting to parse through the madness of anime with some couch co-op'd One Piece Pirate Warriors 3."

Enoch Starnes (@enochstarnes) - "I'm headed to a cabin for the weekend, so no games for me.  Unless you count rocking chairs as a game, I suppose."

How about you?  Are you trying to recapture past feelings or always, always looking ahead to the games of the present?  Let us know in the comments!