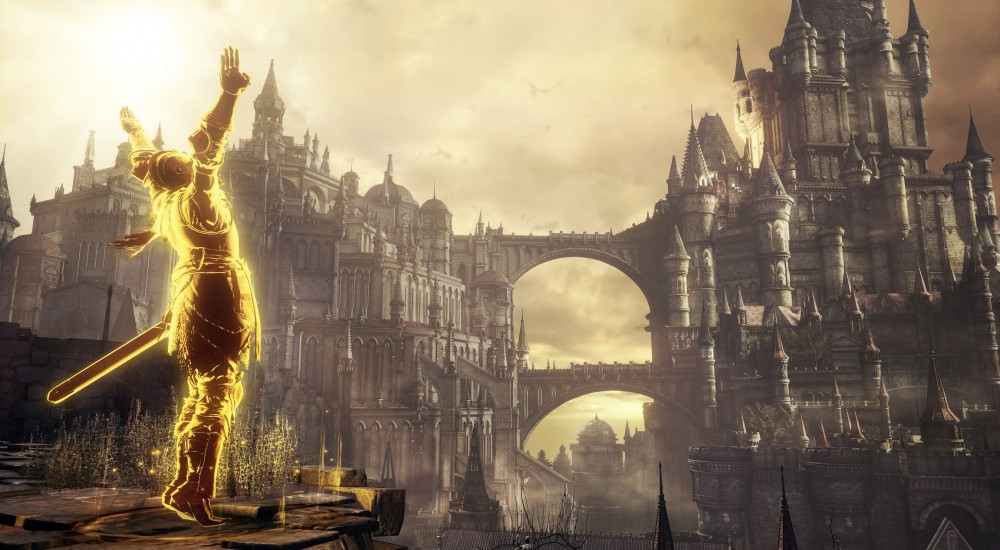 Well, gang, it's that time of week again.  It's a time filled with potential, hope, and as little work as humanly possible.  Unfortunately, this weekend will also be filled with plenty of cursing and gnashing of teeth, as Dark Souls 3 has just hit the market.  Between all the praising and whatnot, I suspect that the next couple days will play host to countless deaths of both the deserved and undeserved variety.

Given current trends, I also suspect that the Co-Opticrew will be entirely tabletop focused by 2018.  Between the meta-CCGs (collectible card games), the RPGs (role-playing games), and the CFGs (Cthulhu fhtagn games), our surfaces of choice will be getting quite the workout.

If all goes according to plan (or not), you'll also get a chance to see some hot Sniper Elite 3 action on tonight's F.A.L.C.O. stream.  Here's hoping for lots of high-powered freedom deliveries aimed straight at Nazi testes!

Nick Puleo (@NickPuleo) - "Maybe some local co-op this weekend, not sure what though. Also was just reminded I bought Hitman, may need to check that out."

Jason Love (@JLove55) - "Possibly seeing how many times I'll have to play the same content again in Bravely Second, and praising dat sun in Dark Souls 3."

Marc Allie (@DjinniMan) - "Board game day tomorrow, hoping to get in some Carson City and Cthulhu Wars."

John Bardinelli (@itsamejohn) - "Finally cooling down from the traveling, so I'll need to settle in and catch up on my PC gaming. I don't know what I'll play yet, but it'll be good. And... probably old."

Sam Tyler (@thereelsamtyler) - "I've been playing a lot of Mad Max and the moment, but I am also hoping to play some co-op Evolve."

Locke Vincent (@LockeVincent) - "Headed out to the mountains for some hiking, have to recharge the estus."

Tally Callahan - "I'll be dipping more into the Battleborn PC open beta. And card games (we just got our copy of Millennium Blades, a CCG simulator - so meta)!"

How about you?  Will your weekend be spent weeping under the ruins of Lothric, or do you intend to sprinkle a little more joy into your time off?  Let us know in the comments!