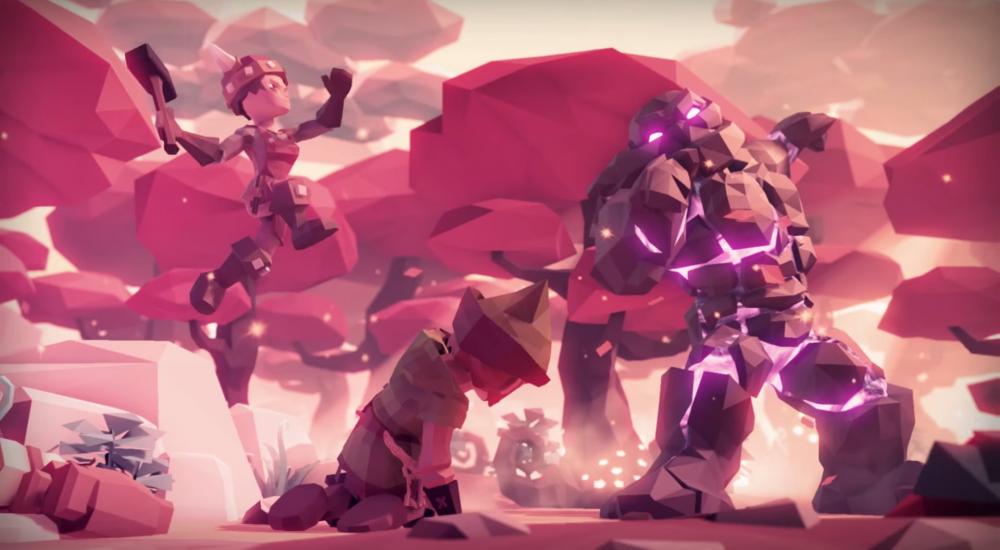 Hmm.  It looks like there's some sort of new game out.  Something to do with royalty?  Maybe a game wherein you and a few friends romp around a procedurally generated map, slaying monsters and snagging loot?

I have yet to peruse this game's delicacies for myself, so you'd have to ask Nick, Jason, Mike, or Locke what all the hubbub's about.  It's good enough to dominate almost half of our plans for the weekend, though, so there must be something pretty intriguing in there.

We have other plans as well, including gloomy board games, all kinds of mechs, and Fortnite feat. Ninja feat. Drake.  Check it out!

Nick Puleo (@NickPuleo) - "Busy weekend but hope to get some time in with Fortnite Season 4 and For the King."

Jason Love (@JLove55) - "Not quite sure what I'll be getting into. Possibly some For The King, and maybe whatever I've got on my 3DS."

Mike Katsufrakis (@Pheriannath) - "Hopefully I can get some games of For the King in, but who can say what the future holds?"

Eric Murphy (@smurph_em) - "I believe the plan is to stream Nine Parchments tonight, but those plans could easily change. Tune in and watch us!"

Marc Allie (@DjinniMan) - "Some Mario Rabbids on the go and hopefully some board gaming as well!"

Locke Vincent (@LockeVincent) - "For the King, BattleTech streaming, and Gloomhaven. Finally getting the courage to paint my mini figs."

Tally Callahan - "Probably some Smite on PC and Trickerion on the table."

Sam Tyler (@thereelsamtyler) - "It looks like a record breaking sunny Bank Holiday in Blighty so I shall celebrate by staying indoors with the curtains closed playing the surprisingly fun co-op mode in Homefront: The Revolution."

Enoch Starnes (@enochstarnes) - "I'm building the best kingdom of all time in Ni No Kuni 2 and building as much furniture as humanly possible."

Matthew Squaire (@mattaghetti) - "I will be (finally) getting some sun and reading to start the weekend and more Titanfall 2 and X-Morph to end it!"

I'm willing to bet you have some weekend plans too.  Feel free to share them with us in the comments.