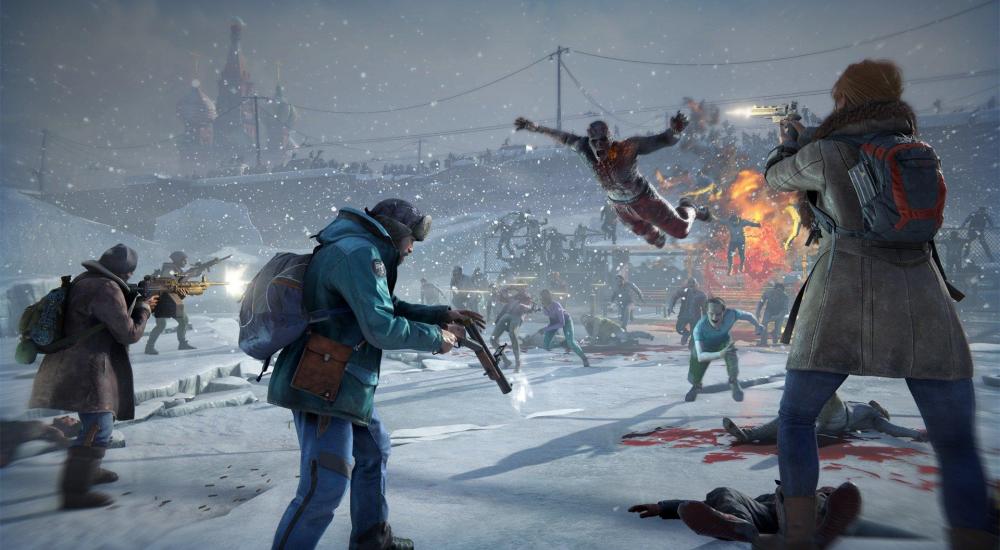 Saber Interactive's upcoming co-op shooter, World War Z has gotten a brand new trailer showcasing the chaotic action in a snow filled Moscow as hordes of zombies pile up. The game is based on the Paramount movie of the same name, which was loosely based on the book by Max Brooks.

From Moscow to Jerusalem to New York, World War Z’s action-packed co-op campaign delivers unique survivor stories and missions around the world. Make tactical use of traps, barriers and the environment to slow down the relentless hordes of the undead, then team up with friends to stay alive by unleashing a storm of firepower from all directions with a variety of heavy-hitting weapons and explosives.

The game is slated for release on Xbox One, PS4, and PC with four player online co-op. A release date and/or window has not been set.