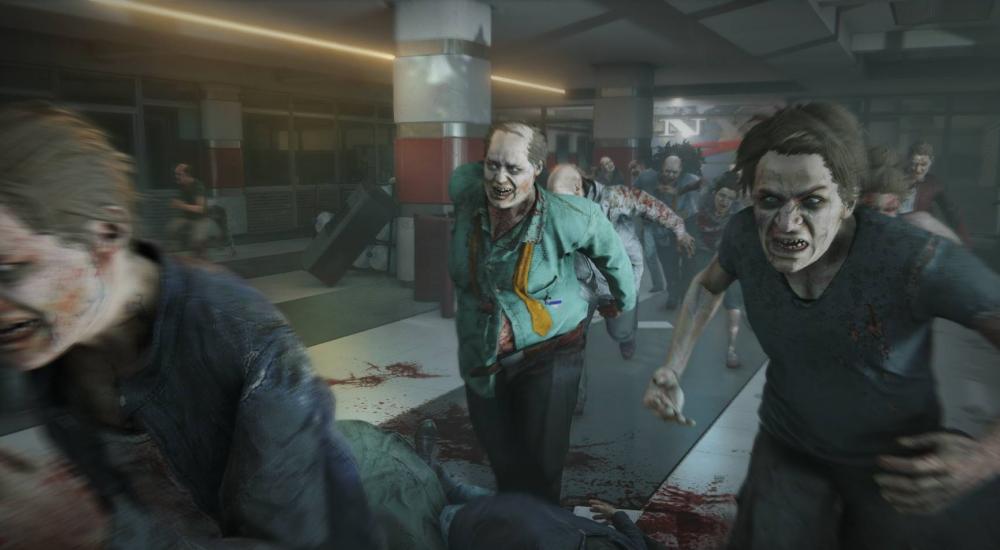 Saber Interactive's World War Z dropped onto PC and consoles last week, and this past Monday we took this third-person zombie shooter for a little spin. If you've been looking for a game that plays like Left 4 Dead but also brings its own little spin to it, then you're in for a treat.

The general level-by-level gameplay of World War Z should sound instantly familiar to anyone that's played Left 4 Dead, or any of the other variations of that style of game. You and three other players (online only) hop into a level of a campaign and then progress through the level shooting zombies until you reach a point where you have to open a door/gate/whatever by finding/opening/turning on/manipulating two/three/five doodads while fighting off more zombies. There will be weapons and ammo to gather along the way, along with medical supplies to restore your health or a teammate's. You'll also encounter special zombies, like the "Bull" or the "Gasbag," that have special attacks or effects (the Gasbag leaves a poison cloud where it dies, and the Screecher attracts groups of zombies), to change things up a little bit. Eventually, you may have to defend one point against a big horde of zombies. Rinse and repeat until you clear the level, and then do some very similar things in the next level.

There are a total of four playable campaigns with three levels per campaign, with the exception of the Tokyo campaign that only has two, so a total of 14 playable levels right now. While the objectives for each of those levels don't have a ton of variety, the layout of each level makes those limited goals feel different enough. The behavior of the zombie hordes, too, add a new dimension to those "defend a point" encounters.

One of the scenes everyone probably remembers from the trailer for "World War Z" was the horde of zombies scrambling over one another and making a huge pile that other zombies could climb up in order to scale a wall. That same visual selling point makes its way into the game a real way. When zombies that start massing around the same point on a wall will start making that same zombie mound/tower and, eventually, be able to reach the top of the wall. You can shoot at the zombies in the mound to hinder their progress, or throw an explosive into the mix and watch the zombie bodies fly. It's a pretty cool gameplay mechanic the first time you see it and defend against it, and there are some levels where it's almost jaw-dropping to see.

While there's a lot in World War Z that is familiar or similar, what's different from Left 4 Dead is the progression. The playable characters change with each campaign, but those are just cosmetic, in a way. No matter who you play, you'll be able to choose from one of six different character classes that have their own starting loadout, equipment (such as explosives, additional healing items, or a stun gun), and special abilities. As you play a class, you'll earn experience to level that class up and unlock new abilities for them (experience levels are specifically tied to the class you're using and not shared). In order to actually acquire those abilities, however, you'll have to spend coins that are earned after completing a level. You'll also earn experience for the weapons that you use during a level and be able to unlock different variations (such as increased magazine size, or more stability) for them, too. It's a very light progression system, all things considered, but it's enough to give it that little bit of a hook to it.

There have been a number of titles over the past decade since the original Left 4 Dead was released that have attempted to capture that same feeling/style of cooperation and emergent stories. World War Z is the first one in a while that feels like it's got that idea down, even if it isn't revolutionizing the genre.