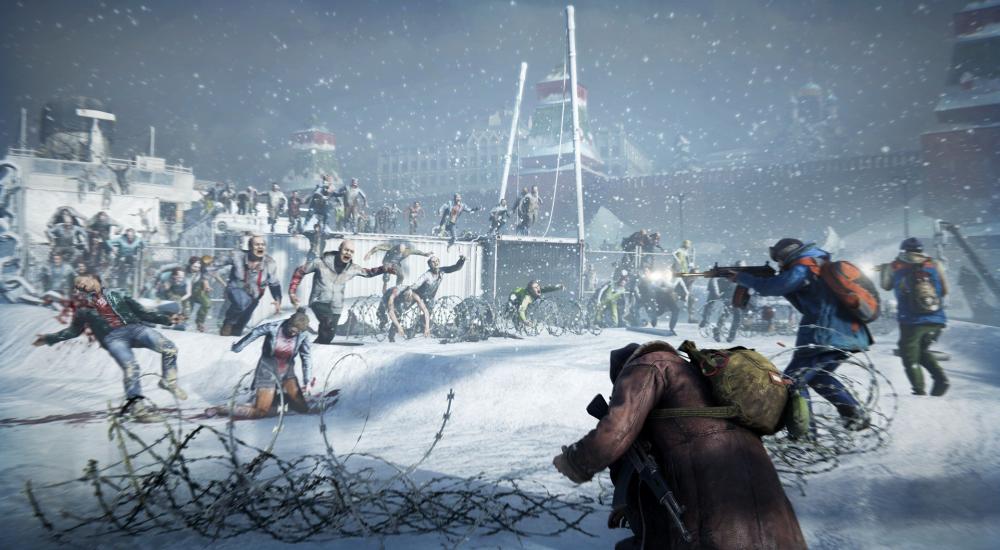 We've barely had time to digest the latest gameplay trailer, but nevertheless, the developers of World War Z have our next meal fresh out of the oven.  First, we'll be treated to a nice launch trailer apertif, followed by a main course, the whole dang game.

I encourage you to take in the launch trailer first, as it will prepare your taste buds for all the zombie shootin' co-op mayhem to come.  In it, we get a brief glimpse of our heroes' globetrotting quest to fire every weapon imaginable at a truly absurd number of undead.  I'm assuming they have other objectives as well, such as protecting the remnants of humanity, but all the zombie slaying is, at the very least, a welcome byproduct.

With the launch trailer now coursing through your system, you'll be well prepared for the full game, which is out now on PC, PlayStation 4, and Xbox One.  As seen in the trailer, World War Z features a number of narrative co-op campaigns, each of which can be enjoyed online by up to four players.

So, any first impressions?  Once you've had a chance to check the game out with some friends, let us know your thoughts in the comments!