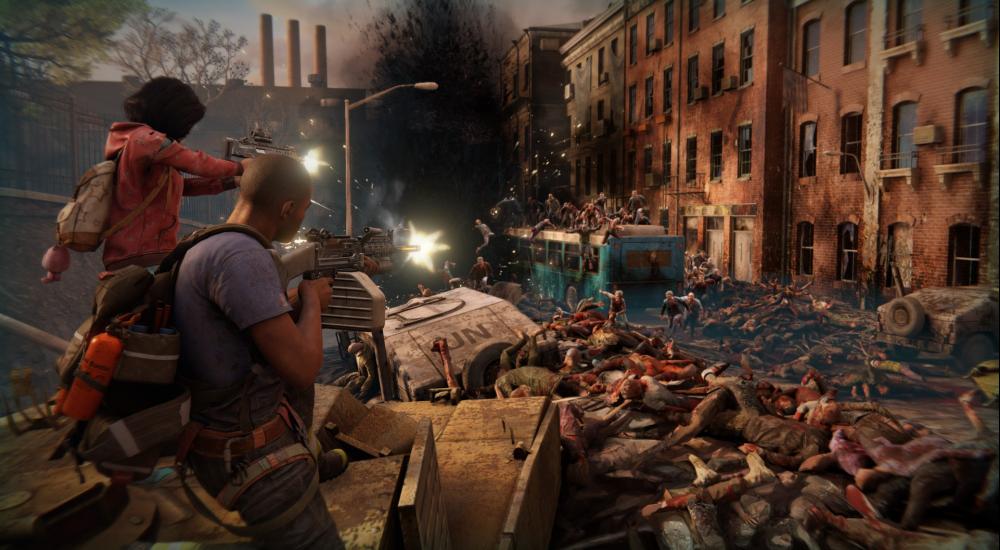 World War Z and its never-ending hordes of zombies is nearly upon us.  Are we ready for it?  Probably not, but we can get some last minute info nonetheless.

The game's four player online co-op is meant to be enjoyed throughout its story campaign.  In it, survivors of the post-apocalypse must complete a series of objectives by utilizing their various specialties and equipment.  All sorts of different "builds" are available, ranging from medical expertise to heavy weaponry, so a coordinated squad can ensure no undead horde is insurmountable.  To get a nice, lengthy look at how all this translates into gameplay, check out the latest trailer:

On top of all the character-based options, it looks like environmental awareness and communication will play a big part in completing World War Z's campaign.  I can already picture all the times I'll spend numerous minutes silently taking down zombies, only for one of my friends to fire a rocket launcher directly over my head.  We may need some pointers in the future.

World War Z is out on April 16th for PC, Xbox One, and PlayStation 4.  As mentioned in the trailer, preordering will also net you the "Lobo Weapon Pack", which features golden versions of the pistol, assault rifle, and SMG, as well as a handy-dandy shovel.