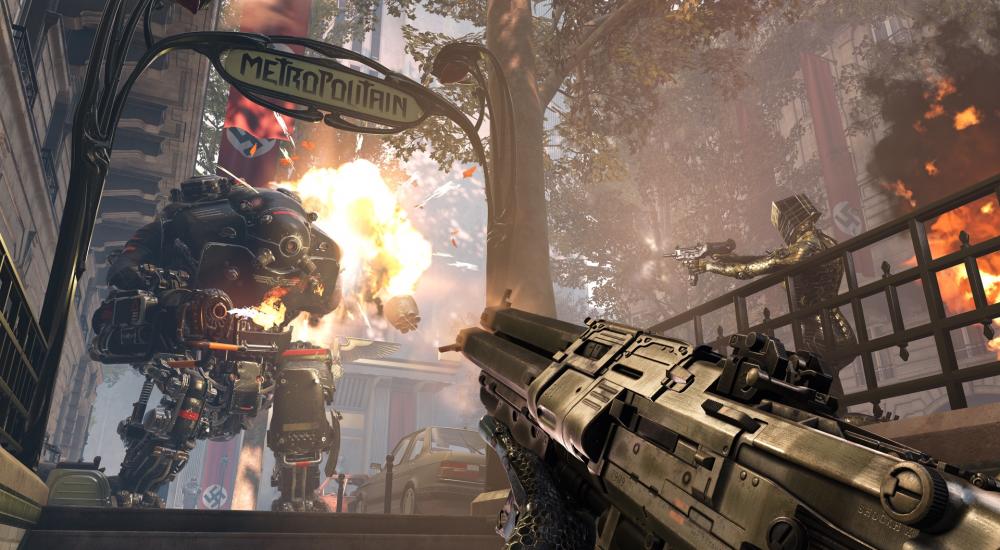 At last year's E3, Bethesda and MachineGames revealed Wolfenstein: Youngblood, the next entry in the modern Wolfenstein franchise. The rebooted series has been very well received and folks were eagerly awaiting the next game, but this one was a bit surprising. Rather than focusing on BJ Blazkowicz fighting his way through Nazis in the 1960s in an alternate history, Youngblood takes place in the 1980s and focuses on his twin daughters: Jess and Soph. What's more, the game features two player co-op instead of being single-player only.

Since that reveal, details about the game have been rather sparse. While Bethesda is still being a little tight-lipped, a recent blog post shed some more light on the title and a pretty cool feature with the "Deluxe Edition." First up, there will be a couple new RPG elements (abilities, weapon attachments, and gadgets) in Youngblood, which sounds like an extension/refinement of the mechanics found in New Order and New Colossus. There wasn't much else beyond that, unfortunately.

Second, while you can play through the entire game with an A.I. controlled buddy, it's always fun to kick butt with a friend, which Bethesda wants to encourage. If you pick up the "Deluxe Edition" of the game ($40 vs $30 for the Standard), you'll get a "Buddy Pass." This pass can be provided to a friend so they can play with you for free. You read that right; give the Buddy Pass to your buddy, and they can play through the entire game with you without having to pay a dollar. Best of all, the pass can be given to another friend if you want to share the co-op love, though only one person can use it a time. There's an FAQ up that covers how all this works, if you've got questions.

Wolfenstein: Youngblood will be available on July 26, 2019 on PC, PlayStation 4, Xbox One, and Nintendo Switch. Bethesda also recently announced the title will also be coming to Steam on the PC, instead of being a Bethesda Launcher only game. Two player online co-op is supported throughout the campaign.