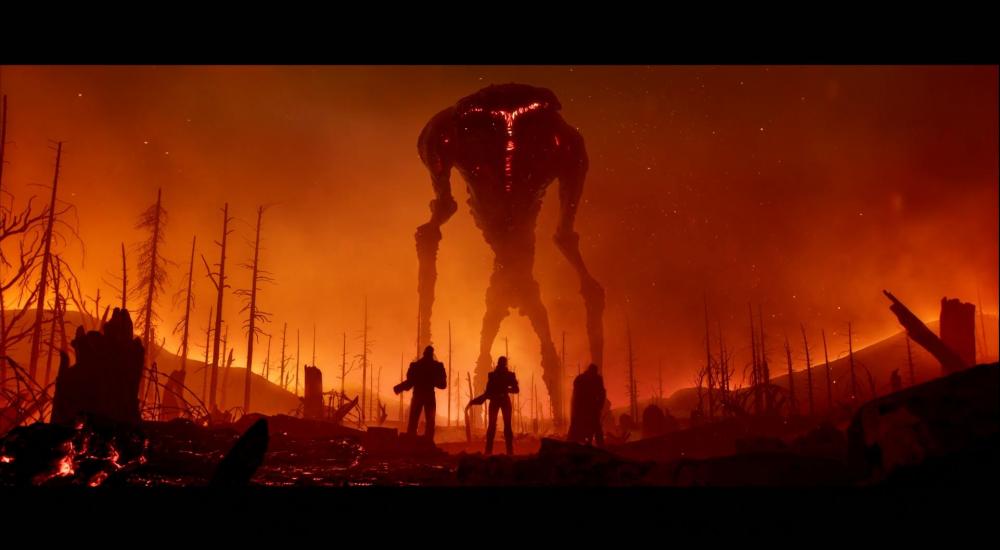 Monday night, Polish developer People Can Fly made their return to the gaming world after what's felt like a long-time silent. After getting acquired by Epic Games, then splitting from them after the release of Gears of War: Judgment, we haven't heard much from them other than the Bulletstorm remaster. At the Square-Enix E3 press conference, they debuted their game: Outriders, a "co-op shooter set in an original, dark and desperate sci-fi universe." Based on the trailer alone (because that's all we've got right now), this is looking like a very interesting game.

What little we know about this game is that Earth is doomed (of course) and so different expeditions have been sent out to try and find a new place to live. One such place is a world called Enoch (hey, I know that guy!) The ship sent to investigate the planet further crashes and, well, things don't look very good there.

The three characters you see in that trailer are, presumably, the ones you and your buddies will be able to play via the drop-in/drop-out co-op. Not much else to go on for right now, but I'm definitely intrigued.

Outriders will be out sometime "Summer 2020" on PC, PlayStation 4, and Xbox One.