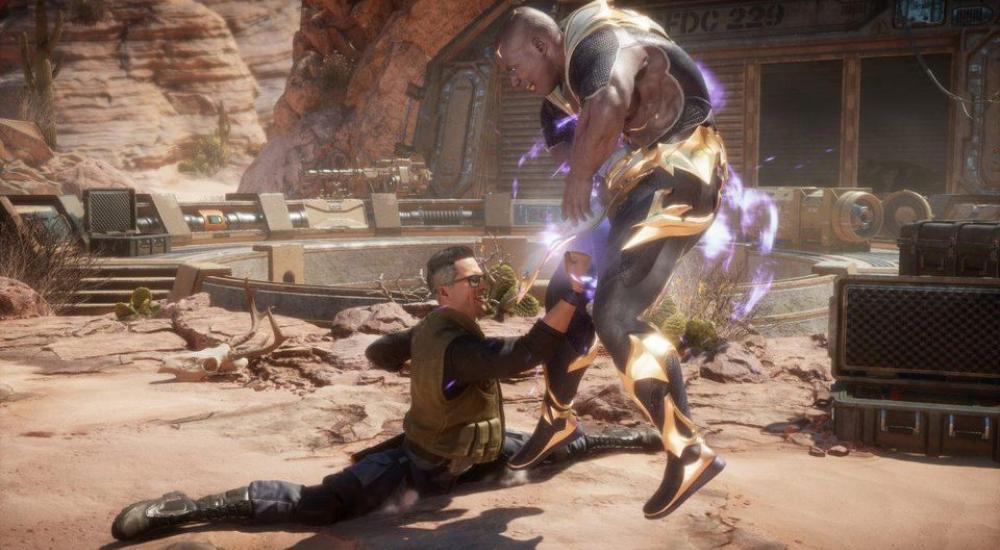 NetherRealm Studios has revealed their bringing some co-op to Mortal Kombat 11, the latest entry in the long-running fighting series. The new mode, called "Team Raids," will pit three online players against one challenging opponent. While you will all be fighting the same opponent at the same time and all be doing damage to its health to bring it down, you'll be doing it in your own "fight line" so it'll look like a standard 1v1 match. Confused? Yeah, probably better to see it in action.

This isn't NetherRealms' first dip into the (Earth)realms of co-op in their games. Injustice 2 had "guilds" where up to 50 people could work towards daily/weekly objectives (such as participating in online matches against other players) so that everyone could benefit, as well as special Multiverse (their version of the "Kombat Towers") fights where players fought tough opponents individually and all contributing damage was combined. The "Team Raids" feel like a refinement of that idea where players are all fighting at the same time and it's not tied into a larger collective, but something you can pick up and play with anyone. You can check out the dev's description of this in the video below.

There's no particular release date for when this new mode will be added, just that it'll come in the next update.

Mortal Kombat 11 is available on PC, PlayStation 4, Nintendo Switch, and Xbox One. Three player online co-op will be supported in the "Team Raids" when they are added to the game.