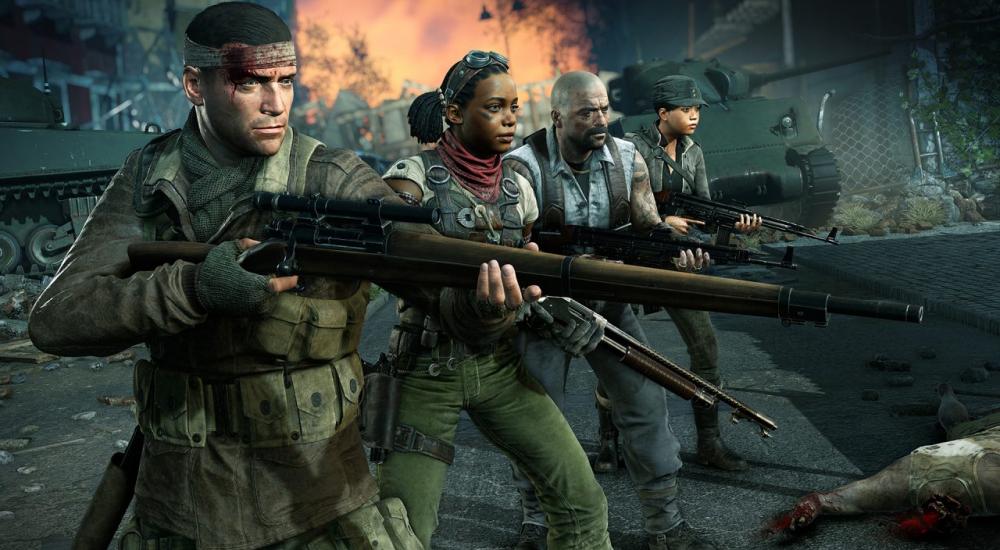 Zombies are back in, apparently?  After nearly a decade of being the en vogue antagonist for games, books, comics, and movies, I kind of figured people were more or less over the undead phenomenon.  As it turns out, though, I was dead (heh) wrong.  Luckily, the Co-Opticrew has jumped into action and are spending the weekend mowing down the newly risen hordes of putrid brain-eaters.  Their skills may be rusty, but that's nothing a few light machine guns can't fix.

Once that problem's dealt with, we'll be tagging along with John Halo, making arrests with our robot sidekicks, and sneaking around to peppy piano tunes.  Check it out!

Nick Puleo (@NickPuleo) - "Probably some Jamestown on the Switch and maybe Destiny 2."

Jason Love (@JLove55) - "Spending time with Zombie Army 4 prepping for our Monday night 'Let's Play Co-op' stream (join us at 10:00 pm EST!), and then trading the Destiny 2 grind for that Warframe grind for a bit."

Locke Vincent (@LockeVincent) - "Prepping my sights for Zombie Army 4, and then sprinkling in some Disco Elysium. On the tabletop we have a bit of Inis happening, as well as Everdell."

Tally Callahan - "Some Clank! Legacy on the table hopefully!"

Enoch Starnes (@enochstarnes) - "I'll be futzing around The Outer Worlds and finishing up the Halo: Reach campaign."

Matthew Squaire (@mattaghetti) - "Unfortunately I finished my first run through of Dead Cells last night and I fell in love with the game, so we'll be spending all weekend together, slaying our way through dungeons and Metroidvania-ing."

What will you be doing this weekend?  Let us know in the comments!