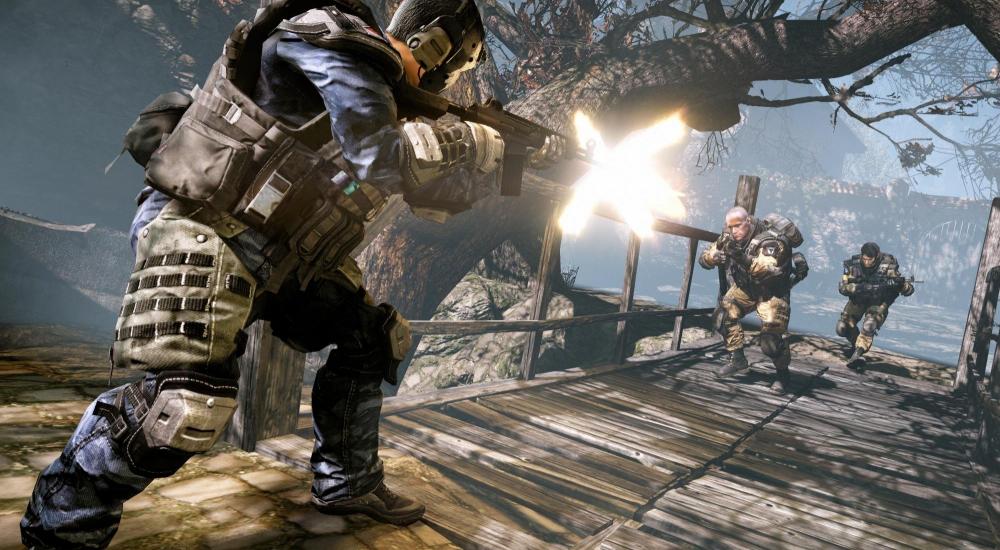 Warface, Blackwood Games' free-to-play military shooter, has been making the rounds through the gaming landscape since its release back in 2014.  It's already available on the PlayStation 4 and Xbox One, meaning there's only one of this generation's consoles left to conquer.

That's right, folks!  As of today, Warface is available on the Nintendo Switch.  The porting work was accomplished by MY.GAMES' in-house studio, Allods Team, which also brought the game to the other two current-gen consoles.  Naturally, the Switch's iteration is substantially modified from the versions on its more powerful brethren, and the game runs at 30FPS/720p when docked.  Undocked, the quality drops to 540p to maintain a relatively crisp experience.

The Nintendo Switch version also supports some Nintendo-specific features, such as gryo controls and HD rumble, as well as the Pro Controller.  For those looking to play online with friends, fret not, as online multiplayer and voice chat is available without needing a paid Nintendo Online subscription.  The game's PVE missions are all available at launch, alongside the HQ, Cold Peak, and Earth Shaker special operations.  Per MY.GAMES, extra content will be released on a weekly basis.  Equally important is that the game ships with the "Titan" update, which adds the SED class.

Alongside PC, Warface is now available on each of the current generation consoles.  Its online co-op supports up to five players.