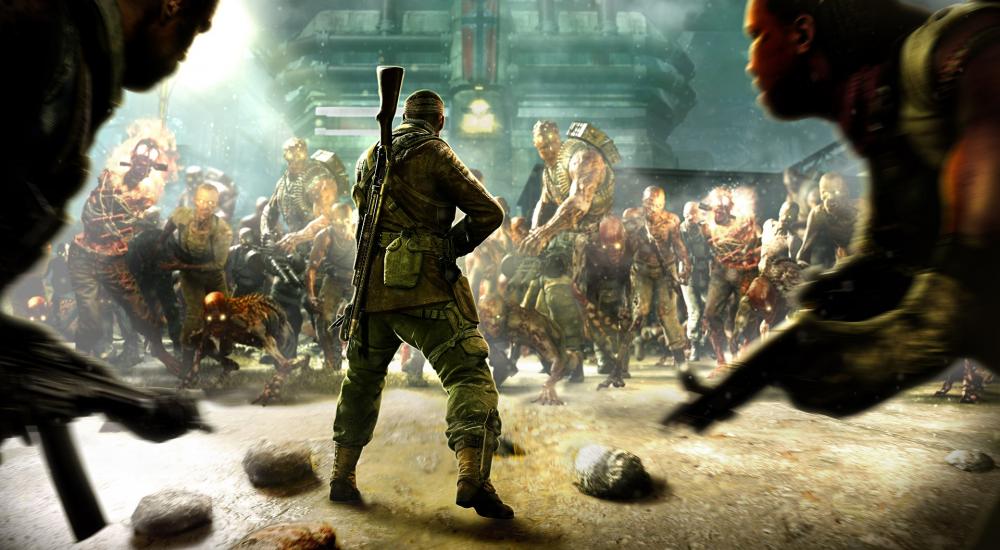 The first DLC for Zombie Army 4: Dead War arrives today. "Terror Lab" is the first mission in a new three-part campaign (Hell Cult) that will be released over the course of the next few months. Also available today are some new character and weapon skins, new weapons (submachine gun and a semi-auto carbine), along with what appears to be a new playable character, the "American Sea Captain." All of this is included in the $35 Season Pass, or it can be purchased separately. If you're not interested in any of that, then there's a new Horde Map, Undead Wood, available for free.

The official reveal of the new DLC happened just a few moments ago on Rebellion's YouTube channel. You can find the video below.

However, the DLC isn't the only Zombie Army 4 news that Rebellion has released today. They've also unveiled a roadmap that details the next few months of content. In April, the next mission in the Hell Cult campaign will be released, "Blood Count." Similar to today's release there will be character and weapon skins released along with new weapons and another playable character, the "Renegade Officer." The last mission in the campaign will arrive in May along with more character/weapon skins, more weapons, and another playable character. Finally, sometime this summer, there will be more character/weapon skins and some new weapons. There will also be free content arriving then that will add a new Horde mode map, a new difficulty level, and a new game mode: Elite.

Zombie Army 4: Dead War is available now on PlayStation 4, Xbox One, and PC. Four player drop-in/drop-out co-op is supported in the campaign and the Horde Mode.