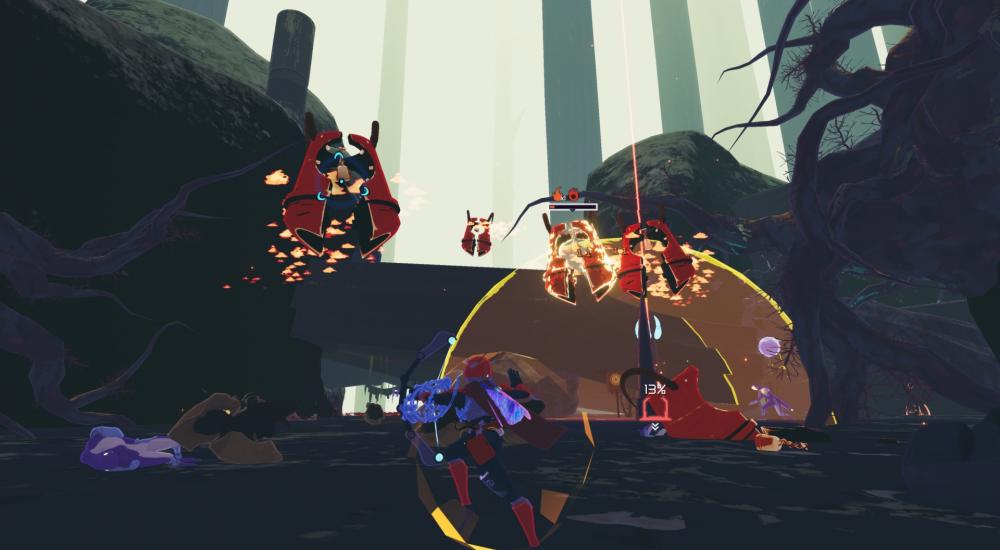 Can you believe it's been over a year since Risk of Rain 2 arrived on Steam's Early Access program?  My sense of time has fallen to absolute pieces lately, but it feels like the roguelike shooter first graced us with its presence only yesterday.  Nevertheless, it's pushed closer and closer to an official release in that time, with new content and numerous mechanical tweaks coming along the way.

The game will hit 1.0 status on August 11th, and to mark such an exciting occasion, developer Hopoo Games will be pushing out a substantial new update giving the game a new survivor, some extra QoL additions, and (gasp) an actual ending.  Note that this new status will also bring a slight increase to the game's price point, moving it from $20 to $25.  If you're interested in playing post-release, you may want to go ahead and grab a copy or two before that happens. As decided by a community-wide vote, the new survivor will be brand new to the series and not pulled from the original Risk of Rain.  The Captain is their name, and using their orbital ship to call down support beacons is their game.  They'll also use a hybrid ranged weapon to charge shots and stun foes, but I couldn't find a good way to fit that into the rhyme.

Most exciting to me is the addition of a final stage and boss.  Now, runs can end with an ultimate showdown on the moon, which is far more interesting than the anticlimactic nature of current runs.  Despite the option to end runs early through annihilation, my recent sessions with the game have tended to peter out due to boredom as much as anything.

Risk of Rain 2 is out now on PC, PlayStation 4, Xbox One, and Nintendo Switch.  Its co-op gameplay supports up to four online players.