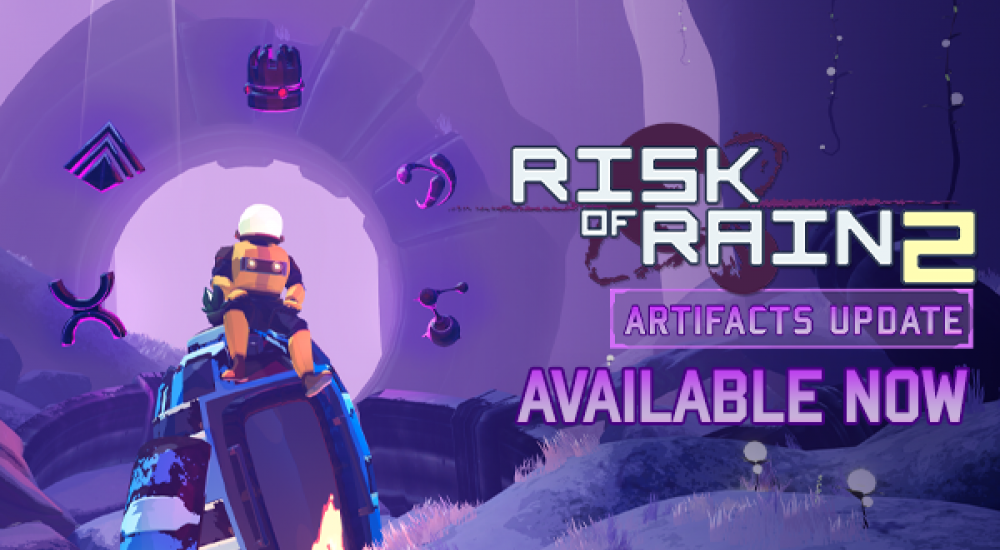 Risk of Rain 2, the action co-op rogue-like game has seen a steady stream of content patches since it hit early access and release last Spring. Let's look at what's changed.

Up first is the console "Hidden Realms" update which focuses on Stages and Pickups for your characters as well a new player character called the Acrid. The full roadmap for console content is listed below. PC player got their own update last week, a huge update called "The Artifacts" which features a brand new system to the game. Artifacts are touted as the biggest feature that will change the replayability to the game. In addition to these new feature there have been new stages, UI updates, new music, and new skill variants added. Finally after a community vote that garnered 125k responses, the team at Hopoo games have announced who the next survivor character is going to be. And it's...well someone entirely new! Details can be found here.

All these changes make it sound like the Co-Opticrew need to dive back in and stream some Risk of Rain 2. The game is out now on PC, Xbox One, PlayStation 4 and Nintendo Switch.