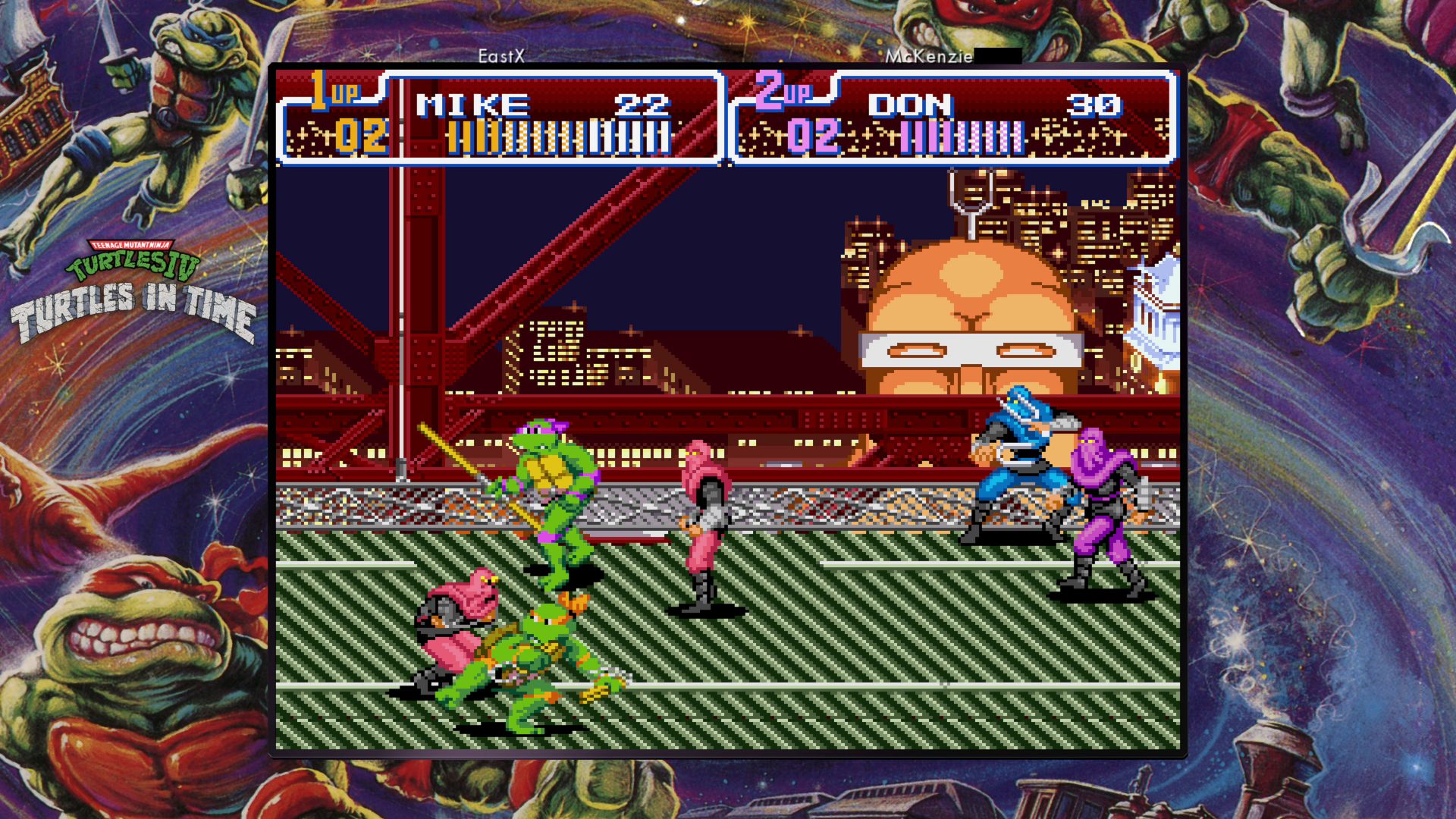 When Teenage Mutant Ninja Turtles: The Cowabunga Collection launched earlier this year, 6 out of the 13 included games featured online multiplayer. That number has now increased by one thanks to this week's huge update. The update adds 2-player online co-op to the Super Nintendo version of TMNT: Turtles in Time as well as numerous new options and enhancements to other parts of the collection. It's going to be a cowabunga-cool Christmas for Turtles fans!

Here's a selection of the changes made in the new update. Visit Konami's website for the full list. The best part of the new update is getting to play the Super NES version of Turtles in Time with online co-op. We hopped into a game and had a blast, even if the Cowabunga Collection's net code is still less than awesome.

The 16-bit home version of Turtles in Time differs from the arcade version (which already has online co-op in this collection) in numerous ways. The home game is only 2-player instead of 4-players - a clear downgrade. The SNES graphics are also a bit lower resolution and lacking some frames of animation, but still quite attractive. On the upside, the Super NES game adds a Technodrome level, several exclusive bosses (Slash, Rat King, Bebop and Rocksteady, and Shredder in a tank), unique Mode 7 effects in the "Neon Night-Riders" level, and improved controls. The extra level and new bosses probably account for the home version's fan-favorite status. We also checked out the new presentation options for the GameBoy Turtles games, which do not have multiplayer. GameBoy Color mode (pictured above) offers the best presentation by assigning a different color palette to the sprites and backgrounds, effectively doubling the number of colors while improving picture clarity. Players who dislike the GameBoy Color presentation can turn it off and then choose from four standard palettes that replicate a standard GameBoy's display in different ways. It's always nice to have options, dudes.

Finally, Konami has promised to add online co-op to TMNT: The Manhattan Project (NES) in a future update! To learn about how The Cowabunga Collection came to be and the tremendous effort that went into it, check out our developer interview! For even more Turtles love, don't miss our co-op review of TMNT: Shredder's Revenge!