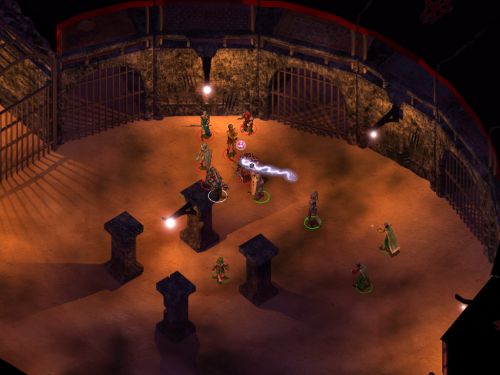 This September 18th, Windows owners will get their hands on Baldur's Gate: Enhanced Edition, an update to the classic RPG created by Bioware.  The enhanced edition is not just a quick port, but a huge upgrade on the original game which includes the Tales of the Sword Coast expansion pack as well as a new 6 hour campaign called The Black Pits.  Also included are new characters, an enhanced interface, widescreen support, and brand new fully animated cinematic sequences.

It gets even better.

Versions of the game are planned for Mac, iPad and Android - all of them are compatible with the Windows version and each other for cross platform co-op gaming.  Developer Overhaul Games have even created a match making service to allow you to find other Baldur's Gate: Enhanced Edition players to experience the game in its full 6 player co-op glory.  Nice!

The game is now available for pre-order via Beamdog for $17.99 (normal price is $19.99).  There's promise of ongoing support for the game after release both via official channels and the user mod community.  There's no date set for the Mac, iPad and Android versions other than sometime this Fall.  An enhanced version of Baldur's Gate 2 is planned for next year as well.