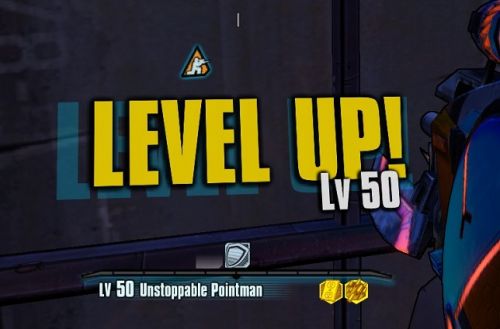 There is no doubt about it: the Borderlands 2 community wants a level cap increase, and they want it now. Unfortunately for them, this will most likely not be included in any future Borderlands 2 updates and for very good reasons.

Lots of DLC expansions have come along recently for Borderlands 2, but nothing that granted the most wished for addition of avid Borderlands 2 players out there: a decent level cap increase. Sadly, Gearbox stated that this increase will not possible with the current game engine, and would most certainly break the entire game if implemented now. Though this has worked in their much simpler game, Borderlands 1 (its DLC had bumped the max level from 50 up to 69), but much has changed from then until now. Gearbox fully understands that the community wants this badly, but the game’s hardware just isn’t able to keep up. President of Gearbox, Randy Pitchford, pours his sympathies with the community in a recent interview:

We, as customers and gamers ourselves, hear the fans. People want to level up more. It makes sense. We totally get it. We did it in Borderlands 1, so we have the precedent. And we're gonna break our fucking game if we change the math. Like it or not, Borderlands 2 is a game of numbers. Adding a level cap increase would throw off the current balance of the game, and change almost every value in it. Gearbox knows exactly the types of skill tree builds and item combinations players would be able to pull off with just a few more available skill points; ultimate bosses will not be even close to a challenge and lower level co-op players wouldn’t be able to keep up. Not only this, but the Xbox hardware also may not be able to handle the amount of computing going on with these potentially insane builds; your Xbox will crash with the amount of damage being dealt and other actions being performed simultaneously.

We knew the impossible configurations. Some of the design exploits that. Some of the impossible configurations, if they were possible, would break the game. Sometimes very literally. 'Oh, that's gonna blow memory. Your Xbox will crash.’ It's easy to imagine when we're playing the game, 'We could just change the number, and everything would be fine.' No, dude, there's a lot... This is the most fundamental thing about the game. It's a big deal.

We’re pretty bummed about this bit of news, but Gearbox does have the consumer’s best interests at heart here, as well as the game itself. Hopefully they can continue to work on these issues and find a way to get around this unfortunate circumstance for future DLC’s (the fourth one will be along before we know it). Bottom line: Don’t be looking forward to a Borderlands 2 level cap increase any time soon.