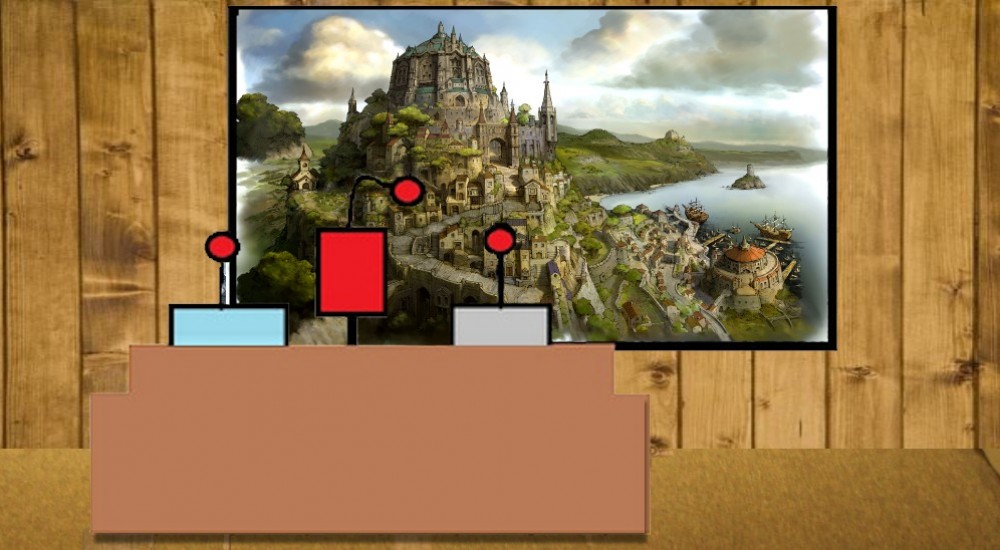 What is this game that seems to have taken the entire staff by storm. Bravely Default is a tactical RPG for the 3DS and it seems to have gotten its claws into a lot of the crew. Part of the crew plans on tackling some Trine 2 as well - so co-op will not go unplayed.

Nick Puleo (@NickPuleo) - "I'll probably skip most gaming this weekend and focus on continuing my adventures in Unity 3D. That said - I hope to find time to Trine 2 with Mike and Locke"

Mike Katsufrakis (@Pheriannath) - "If the local mail carrier can brave the winter storm we are currently in, I'm gonna default to, well, Bravely Default."

Marc Allie (@DjinniMan) - "My son and I are going to a Warhammer Fantasy tournament tomorrow. What little brain cells I have left after that will be spent in Super Mario 3D World."

Eric Murphy (@smurph_em)-  "I really want to give Dark Souls a try, but I'll most likely chicken out and play Diablo 3 instead. I'll probably play some Battlefield 4 and watch my girls play Skylanders Giants (they don't let me play anymore)."

Locke Vincent (@LockeVincent) - "Try and wrap up some Pokemon Y, dabble in The Witcher, and then conjure some boxes in Trine 2. "

Tally Callahan - "My weekend is going to compose of what seems to be coming the norm: attempt to catch up on work for the week, plan my Pathfinder session, squeeze in a board game when I have time. In addition, I hope to find some sort of time for Wildstar.."

Sam Tyler (@thereelsamtyler) - "Doing things that only I can do. "

Chris Metz (@The_Lemko) - "Awesomenauts and I'm thinking of grabbing Octodad, because it makes no sense. Looks like fun! "

Justin Reynolds (@justinsocial) - "Last week I said I was going to play Elder Scrolls Online. I lied and played magnificent Far Cry 3. This weekend however, I shall elder all the scrolls. "