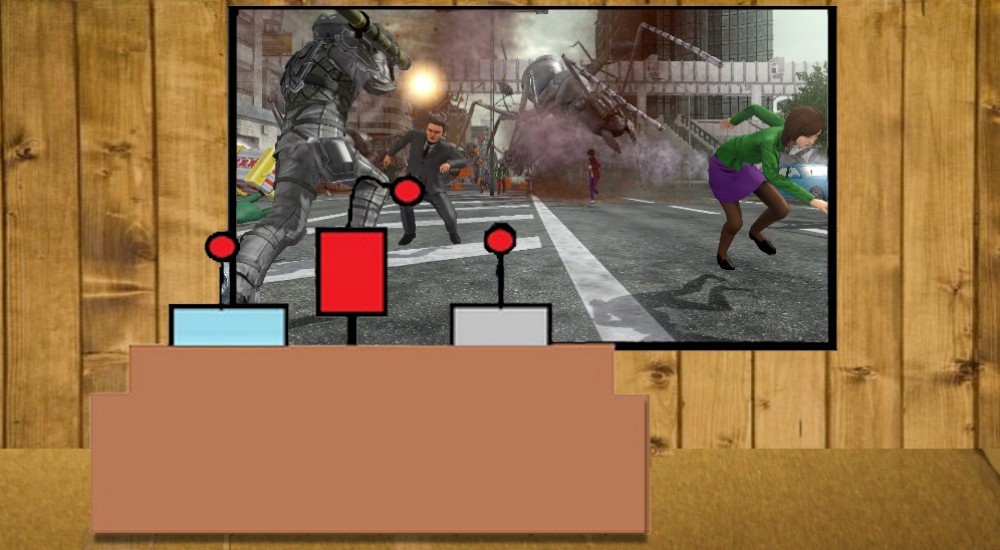 The bugs are back in Earth Defense Force 2025 and at least one staff member has signed up to protect the planet from the alien menace. We all will fight aliens in our own way but a few of us will also take on demonic hordes, the undead, and of course the most fearesome creature of them all - "girls at a bachelorette party."

Mike Katsufrakis (@Pheriannath) - "I've been working on getting some of my Diablo 3 alts ready for the upcoming expansion, so more of that, plus Bravely Default when I have time.."

Marc Allie (@DjinniMan) - "Warmachine/Hordes tournament with my son tomorrow, with some Titanfall beta and Hearthstone sprinkled in here and there.."

Jason Love (@JLove55) - "It's a board games weekend for me. Plenty of Magic, some Betrayal at House on the Hill, and perhaps a game of Relic. Gotta keep myself entertained somehow while the fiancee's off at her bridal shower/bachelorette party."

Eric Murphy (@smurph_em)-  "Everyone in our house seems to be getting sick, so who knows what the weekend will bring. I'll probably sneak in some Battlefield 4 tonight assuming I don't wind up catching whatever is going around."

Locke Vincent (@LockeVincent) - "I really want to put a bow on Dark Souls and finish my last run. Gotta get my MMO on and kick it in Wildstar some more and finish the Guild Wars 2 event. "

Sam Tyler (@thereelsamtyler) - "Perchance to dream; I may actually complete LEGO Marvel Superheroes at some point in my life.  If not, the free download of Toy Soldiers: Cold War can always keep me occupied.  "

Chris Metz (@The_Lemko) - "Can't decide on whether to play the old school Double Dragon on NES or give Double Dragon Neon a go... Decisions, decisions..."

John Bardinelli (@itsamejohn) - "I hooked up the ole Wii with the intention of finally finishing Xenoblade Chronicles. It's Reyn time!"

Justin Reynolds (@justinsocial) - "Having just got an OUYA, it's time to play BOSSES FOREVER 2.BRO."

Taylor Killian - "I'll be dodging arrow traps and being dissolved by mummy vomit in Spelunky, and potentially protecting our planet against the giant bug invasion in Earth Defense Force 2025."