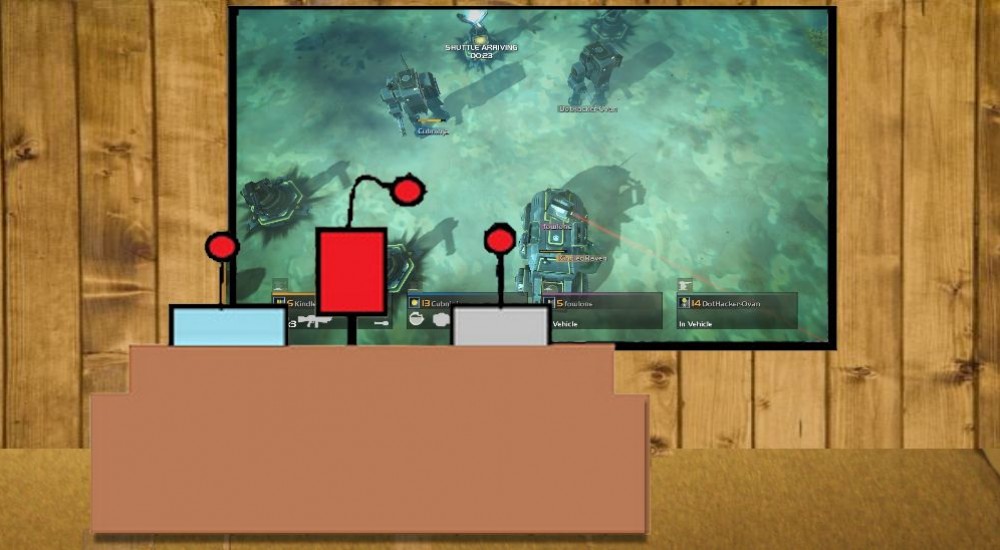 Who knew Cookies and Cream could be so deliciously brutal. Most of the staff is playing Helldivers. It's kind of the same thing.

Danny Cowan (@db_cowan) - "Not The Adventures of Cookies & Cream. Anything but that. Think I'll try and re-learn NES Contra, because that's a game I want to get good at."

Mike Katsufrakis (@Pheriannath) - "I'll probably spend most of my time with Ori and the Blind Forest, but I'm sure I'll work on my season 2 leaderboard rank in Diablo 3 as well."

Marc Allie (@DjinniMan) - "Most of my time will be spent trying to catch Odin in Terra Battle and the Stunticons in Transformers Battle Tactics. "

Jason Love (@JLove55) - "I'll be tripping the rifts in Diablo 3 and hopefully playing some more Helldivers."

Eric Murphy (@smurph_em)-  "We have a busy weekend coming up but I'm hoping to squeeze in Rayman Legends, Never Alone, and/or Destiny.  "

Locke Vincent (@LockeVincent) -"I've got some Helldiving to do, and I would really like to get some gear on my Monk in Season 2 of Diablo."

Tally Callahan - "I'll be playing more of the excellent Grim Dawn this weekend. Also, some kind of board game action - hopefully some Ameritrashy games, as we've been playing entirely too many euros for my taste lately. I like Euros, but I starving for theme here."

Sam Tyler (@thereelsamtyler) - "My weekend in gaming will be; I plan to ride the elephants in Farcry 4, as well as tossing the turnips in Rayman Legends.  An overall Ubi Weekend."

Chris Metz (@The_Lemko) - "Will possibly dive into Helldivers and do some extra GTA V heisting!"

John Bardinelli (@itsamejohn) - "Taking a tiny break from Monster Hunter to peck away at my Steam backlog. There's so many games waiting I don't even know where to begin... Infinifactory?"

Enoch Starnes (@enochstarnes) - "Right now, it's looking like it'll be a mix of Divinity: Original Sin, FIFA 15, and probably a few infuriating rounds of Spelunky."