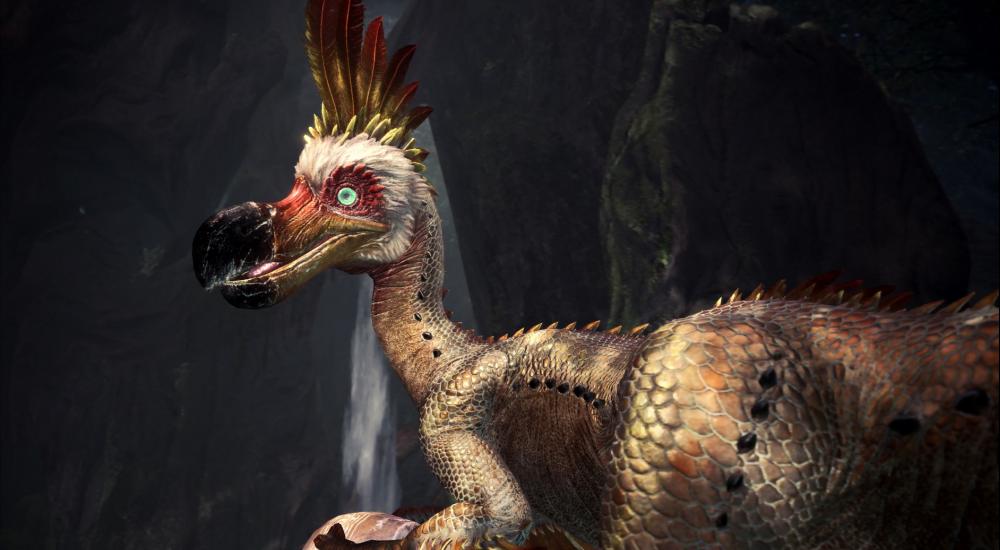 You ever wonder what the monsters in Monster Hunter: World were thinking about right before you ambushed them?  Sure, there are probably some really somber ones like "I hope the kids are okay", but I like to believe that, most of the time, it's stuff like "Wilco's first few albums are underrated" and "Is pizza a vegetable".

We'll probably never find out exactly what's on their mind, but that won't stop the Co-Opticrew from hunting said monsters down and "harvesting" every usable part they find.  Of course, we have more than hunting on the weekend menu.  There's also going to be cyber warfare, cultural domination, fantasy sports.  Check it out!

Nick Puleo (@NickPuleo) - "A busy weekend, but hope to get in a some more of the new Civilization VI expansion and maybe slay a monster or two."

Jason Love (@JLove55) - "Enjoying the gorgeous Aegis Defenders on PS4, and then seeking revenge on the Diablos in Monster Hunter: World."

Mike Katsufrakis (@Pheriannath) - "Raiding and EX Primal farming in FFXIV, then unlocking those high-rank hunts in Monster Hunter World with my faithful companions Dr. Doot and Karn, the Silver Golem."

Eric Murphy (@smurph_em) - "We'll be streaming Shadowrun Chronicles: Boston Lockdown tonight on our Twitch channel. Bobby has been telling us we're almost done for the past several weeks, so I've stopped believing him, but seriously, we must be almost done."

Marc Allie (@DjinniMan) - "Sort of in a video gaming funk at the moment. I'll be playing some Guild Ball at a tournament tomorrow and maybe some Heroes of the Storm here and there."

Locke Vincent (@LockeVincent) - "I've got Aegis Defenders on the docket for review, so some couch co-op on that beauty. If it continues to be -30 degrees outside, I will stay in all weekend and hunt monsters."

Tally Callahan - "Playing some board games with friends and playing a little Civ 6."

Enoch Starnes (@enochstarnes) - "I'll be out of town for the weekend, but here's hoping for some Monster Hunter: World when I return."

Matthew Squaire (@mattaghetti) - "Sitting out from the gamesphere to catch up on reading a bit, but that reading will be Game Design: Theory and Practice by Richard Rouse III!"

Taylor Killian - "When I'm not sinking astrological three-pointers in Pyre, I'll be cracking skulls on the mean streets of Kamurocho in Yakuza 0."

Won't you please tell us your own weekend plans in the comments below?