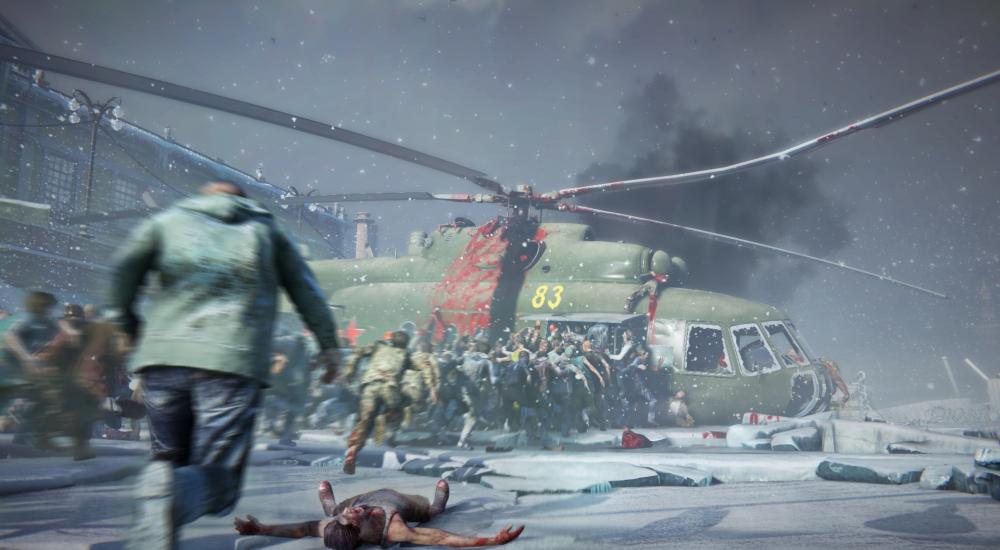 If World War Z is any indicator, it seems that folks are still very much into the concept of blasting zombies with their friends.  Who knew?

Following a successful launch, Saber Interactive is trying to keep the game's momentum going with a three-month plan for free content.  Starting this month, players will receive new missions to complete, new zombies to slay, and new weapons to do it with. The content coming in May revolves around a new Tokyo mission, which presumably takes place aboard a yacht (also known as the third worst place to encounter a zombie horde).  If that wasn't enough, players will also start facing a new type of zombie that spits diseased projectiles at them.  June will herald the arrival of new cosmetic options, as well as a harder difficulty level offering an exclusive reward for players who are equal to its challenge.  Then, July will bring a new weekly challenge mode, a new weapon, variants for some existing weapons, and even more of those sweet, sweet cosmetics.  Private lobbies and a survival mode will also come in the near future, but there aren't any specifics on when.

It's exciting to see so much support for World War Z, especially for those of us who've been searching for our next Left 4 Dead fix.  The game offers online co-op for up to four players on PC, PlayStation 4, and Xbox One.