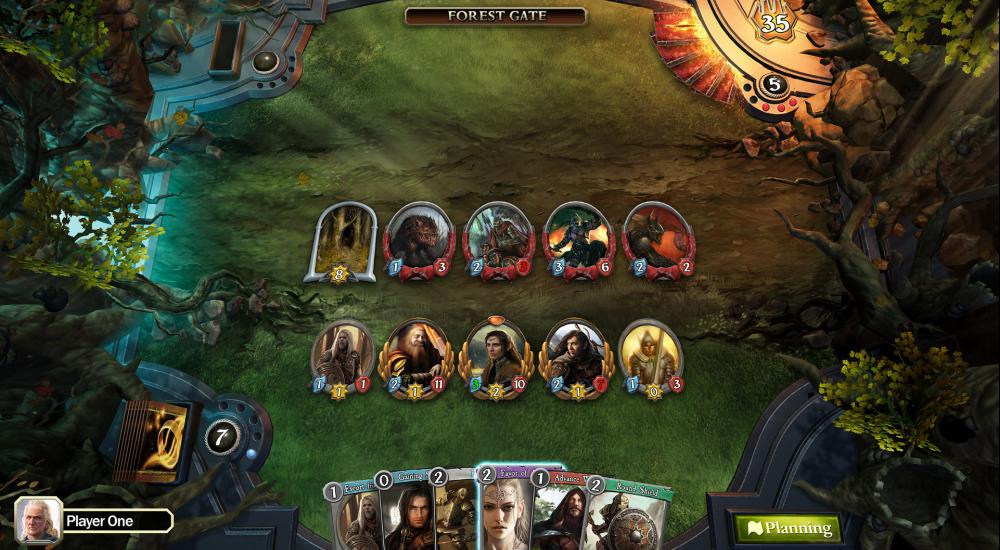 First off, the name change. While the Adventure Card Game is definitely inspired by the physical version, it's not exactly the same thing. It uses a lot of the same ideas and mechanics, but it's not a 1-to-1 parallel. Given how much recognition the physical version has within the realm of tabletop games, there was probably a push to give it a little bit of a different brand. Disappointing that they won't be the exact same game, but if Asmodee Digital has done a decent enough job of translating some of the mechanics into the digital version, it still should be fun.

Second, the price. Initially, this was being advertised as a free-to-play game with in-game purchases (the expansion packs). Now, it seems like it will priced at $18.99 for the "Core Set," and expansion packs will be $9.99. Those expansion packs will include new campaigns to play and new heroes and cards to use. As a "living card game," there are no random card drops so you need only buy one expansion pack to get all the cards in it. An initial buy-in hopefully means that the microtransactions will be kept to strictly cosmetic stuff.

The Lord of the Rings: Adventure Card Game will be available on PC, Xbox One, Nintendo Switch, and PlayStation 4 on August 8, 2019. Two player online co-op is supported in the game's multiplayer mode where you'll work together using your own decks to beat an encounter.