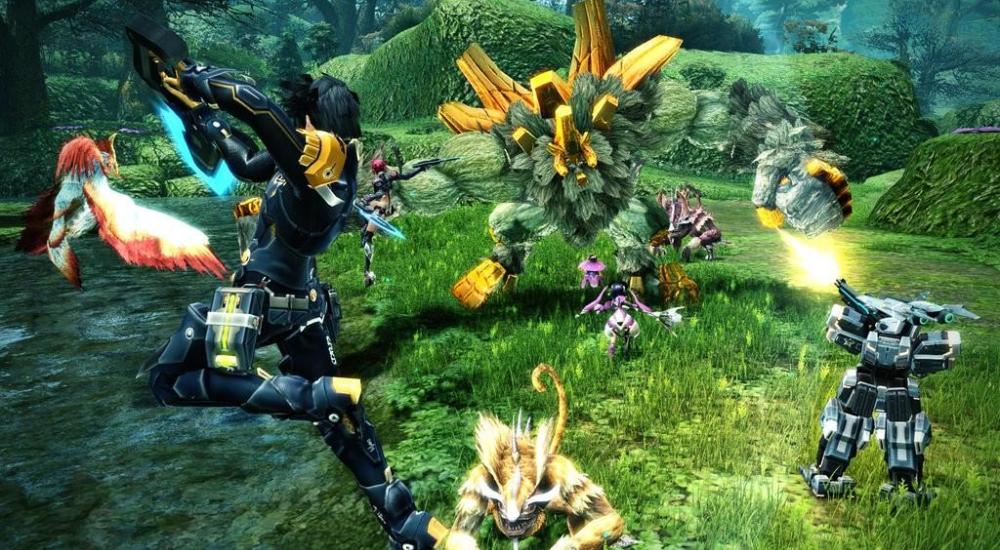 Heyyyyyyyyyyyyyyyy... remember seven years ago when Sega said they'd bring their action-RPG MMO Phantasy Star Online 2 to the U.S.? Well, guess what?! They were telling the truth! ... Eventually! Amid all the other news coming out last week during E3 2019, the one bit that was perhaps the most surprising was that this F2P game would be making its way to the Xbox One and Windows 10 sometime "Spring 2020."

If you're unfamiliar with the the title, PSO2 is the successor to the very popular Phantasy Star Online that debuted on the Dreamcast back in 2000. That title actually impacted modern gaming in such a way that it inspired an entire franchise (Monster Hunter) and several other multiplayer, action-oriented dungeon crawlers. So, just mentioning something like Monster Hunter in the same breath as PSO2 should give you some idea of what to expect from a gameplay perspective. You'll take on missions, fight monsters, get loot, do it all again. You can team up with 11 other players online to battle those big baddies and it'll all be free, with an option to pay for certain things (my guess is cosmetics and things like XP/gold boosts). Here's what Sega said in the official press release:

There will be no limitations on game experiences such as Class Level cap or direct purchase of high-tier weapons because we want to provide all players with a fair and exciting experience. If players still find themselves in need of assistance for their quest, microtransactions are there to help.

Phantasy Star Online 2 will be releasing on Xbox One and Windows 10 in North America sometime next Spring. It may find its way onto additional platforms at some point after that, but that's all we know for now.