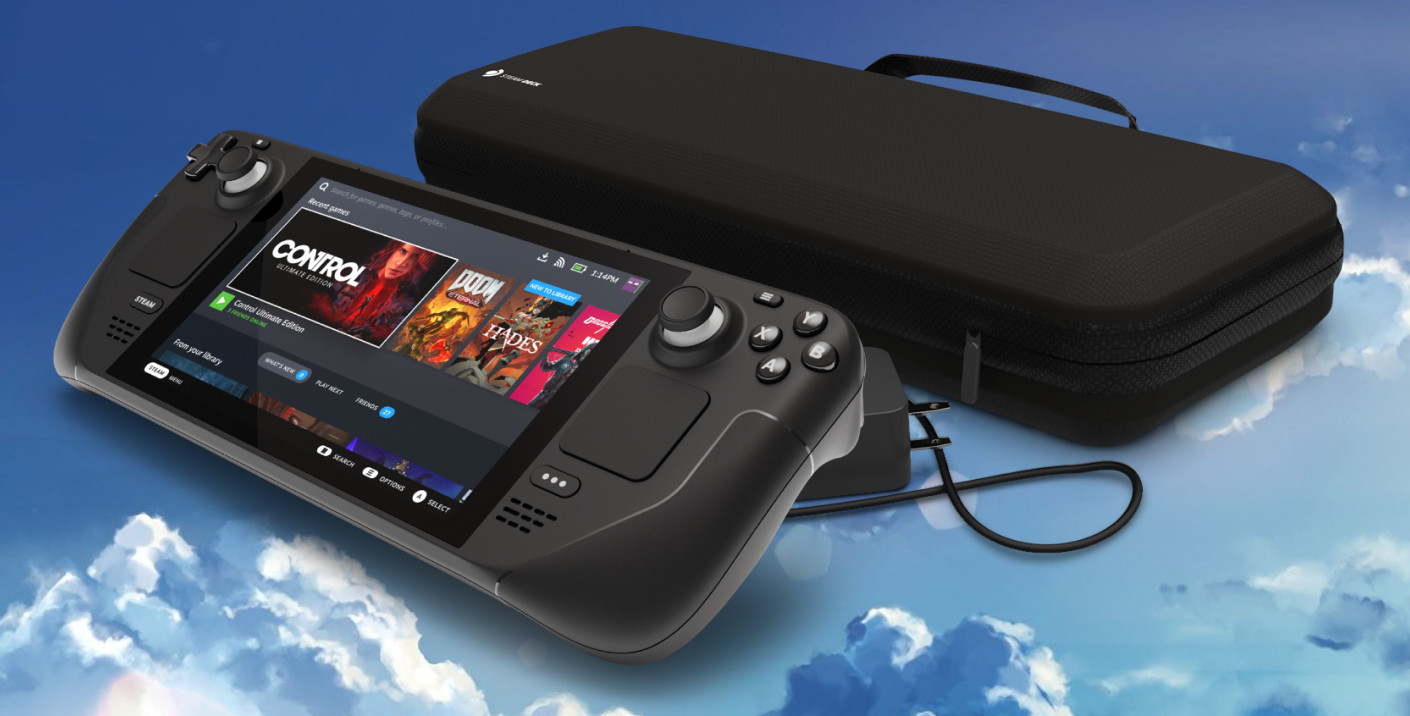 Valve, the company that owns Steam, might not really make games anymore, but it doesn't just operate the Steam storefront, either. In May, an Ars Technica report foretold that a portable Steam device would be happening, and now that forecast has come to pass. Today, Valve announced the Steam Deck, a portable PC that will come in three configurations starting at $399. We expect it to be an excellent way to take co-op Steam games on the go.

The Steam Deck utilizes a Nintendo Switch-like form factory (though it is larger), with dual analog sticks, dual touchpads, and a D-Pad and buttons built into the face of the device. It runs Steam OS and features the following tech specs: The device will be sold in three configurations with SSDs of varying sizes and speeds. All three models have a microSD card slot for additional storage. The Steam Deck can connect to TVs and monitors via a dock that will be sold separately. It also supports mice, keyboards, and controllers.

Given these impressive features (and assuming high compatibility with non-Linux Steam games), the Steam Deck should be an excellent way to play co-op games in a variety of settings. The number of cooperative Steam games is almost uncountable, but here are some co-op games that we've covered recently:

Games with both local AND online co-op

The D-Pad and face buttons are a bit close to the edge of the device, aren't they?

The Steam Deck starts shipping in December. Preorders go live on Friday, July 16. A $5 deposit is required, and only Steam accounts that have made a purchase before June 2021 will be able to preorder during the first 48 hours. Visit the official SteamDeck website for more information.