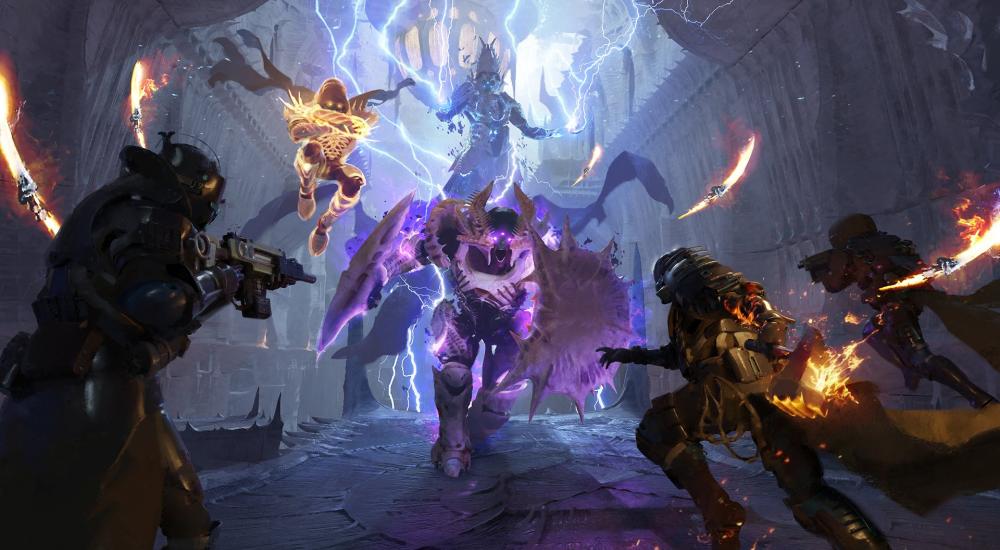 Nick's got his Riskrunner, Mike's got his snark, Jason's got his unbridled enthusiasm... yep! It's another Destiny 2 co-op stream! This time we're checking out the most recent expansion, Witch Queen, and discussing what's new with the Light and Darkness.

It's become almost a running gag between Locke and me. When a new expansion or season of Destiny 2 drops and I start gushing about it, Locke inevitably asks me, "is Destiny 2 good now?" To which I will inevitably answer with some variation of, "there's never been a better time to play Destiny 2." I truly believe in that, too, as Bungie continually improves upon everything they've done and that is no more apparent than in Witch Queen. You can play through the entire campaign on "Legendary" difficutly, which will feel familiar to Halo fans; there's a new weapons crafting system so you can make that god roll you've always wanted instead of hunting for it; the story is fantastic even if you haven't delved deep into the lore; and the Light subclasses are getting reworks (starting with Void) to line up more with the flexibility/customization of the Stasis subclass. And the new raid... Oh! The new raid. The best one they've ever done. There's so much fun to be had!

That's not to say everything is perfect. The new player experience - outside of the Witch Queen campaign, which is very accessible and sets up everything you need to know - is still kind of a mess. As a "New Light," you'll start off in the Cosmodrome and work through a couple of introductory/tutorial missions before having everything opened up to you and the first question you'll likely ask is, "what am I supposed to do next?" While the weapon crafting system removes a lot of the RNG of trying to find your perfectly rolled weapon, it also introduces a new kind of RNG where you're trying to get certain weapons with "Deepsight Resonance" so you can extract the pattern in order to be able to even craft said weapon. Also, some of the materials can be hard to acquire, though there's a patch on the way today to address both of those particular pain points.

As a longtime Destiny fan, I am thrilled with all of the changes and improvements Bungie has made. The "Void 3.0" subclass revisions make that particular subclass feel fresh again and I can't wait to see what happens with Arc and Solar. The storytelling is some of the best it's ever been (yes, better than the Taken King, in my opinion), and at the end of the campaign (and the raid) I'm left with more questions than answers. While the weapon crafting system isn't perfect, it's a good idea and can only improve. Yes, friends, Destiny 2 is good now.