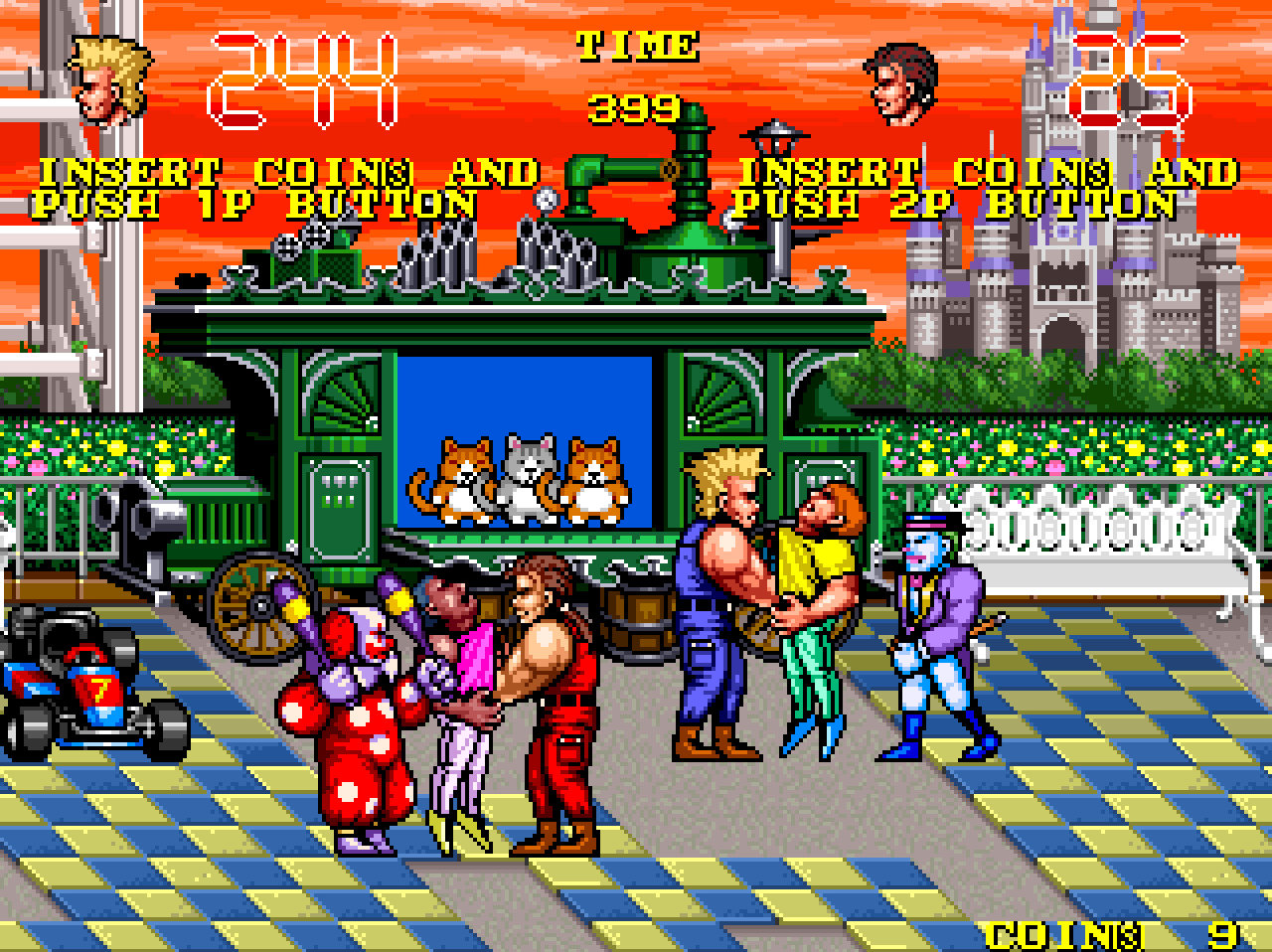 Beat 'em ups have always been perfect games for co-op play. It all started with the 1987 arcade release of Double Dragon, a game that popularized co-op in a big way. Technos would go on to release The Combatribes, another quality beat 'em up that never made it quite as big as its forebear. Fast-forwarding to today, the iiRcade version of The Combatribes now supports 2-player online co-op! iiRcade is a home arcade platform for which users can buy individual games, a growing number of which feature online multiplayer.

Every Friday, iiRcade adds online multiplayer to some of the retro games in its library. Some of the previous beat 'em ups to get online co-op include: Night Slashers, The Ninja Kids, Shadow Force,  Warrior Blade, Cybattler, Knuckle Bash, and Double Dragon.

Of the three games to receive online multiplayer this week, only The Combatribes is  is cooperative: The Combatribes (1990): A co-op beat 'em up from Technos in which players choose from three color-coded brawlers and then beat up thugs and clowns. Price: $9.99

Karnov's Revenge (1994): The second game in the Fighter's History series from Data East, this fighting game is well-regarded. Price: $9.99

Today saw the release of two new iiRcade games, neither of which features co-op:

War Room (1983): A strategy game that was originally released for Colecovision. Price: $3.99