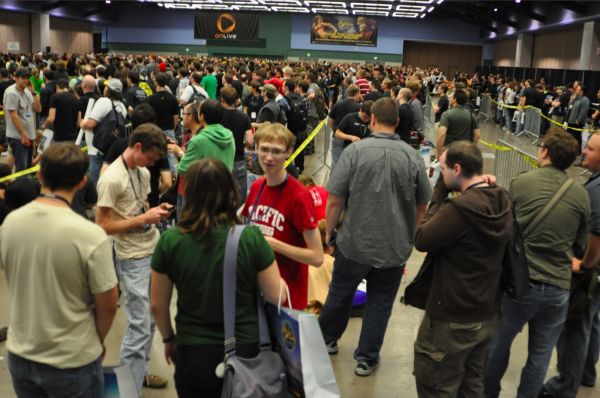 The final attendance numbers are in for this year's Penny-Arcade Expo, the and the grand total puts it just over 60,000.  While not a large increase from the previous year, the show was basically sold out for the two weeks prior to it.  There's no telling how high the numbers would have climbed had their not been an attendance limit.

One thing I wanted to mention was just how nice it was to see so many co-op games on display on the show floor.  Not only were they on display, but they were actually playable in co-op.  This is something of a rarity in the past conventions I've visited.  By allowing co-op not only are you getting more people playing faster, thereby creating smaller lines, you're also showing off one of the best aspects of your game in a great social atmosphere.

Off the top of my head here are some games that were playable in co-op form:

And I think that's it.  That's a wrap-up of PAX 2009.  Thanks everyone and I hope you enjoyed our coverage as much as we enjoyed bringing it to you!  We'll be covering PAX 2010 in Boston come March, so be on the lookout!