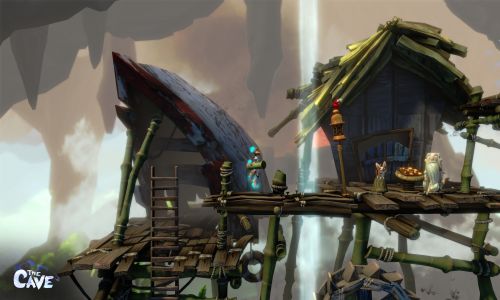 Well hello there. When last we met, we introduced you to roughly half of the cast of Double Fine's upcoming co-op adventure, The Cave. This included the Hillbilly, the Monk, the Scientist, and the Twins. Each of these protagonists is on a quest of some sort, though it would appear that not all may be as it seems. The latest character trailer has come out and we're introduced to the rest of the possible heroes.

So the Twins popped up twice, but hey, they're twins.

There still hasn't been a firm release date given for this incredibly fun looking title, though it still seems to be holding on to the "January 2013" time frame. Hopefully, Double Fine will provide a more concrete release period for this XBLA, PC, and PSN title soon.