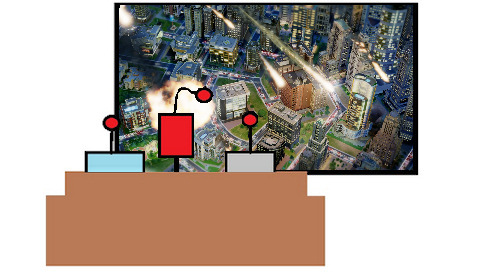 So the SimCity launch didn't go quite as planned.  That said, we can still play it.  Heck - Is streamed over an hour of the game last night.  But that's ok if you don't want to play it yet, I don't blame you. There's still nazi zombies to snipe and emblems to fire.  Also Andrew refuses to put Dark Souls down once again - except now he wants to do it naked. Send help.

Andrew Gaskill (@cubninja) - "I'm going to snipe some Nazi zombies and work on my no-shield playthrough of Dark Souls. "

Marc Allie (@DjinniMan) - "I'd like to hit up some Starcraft 2 to make sure I'm ready for the expansion. Comp stomp, anyone?"

Eric Murphy (@smurph_em)- "I've got another busy weekend lined up but I'm hoping to find time for XCOM: Enemy Unknown and Life is Magic."

Sam Tyler (@reelsamtyler) - "I'm free from the shackles of LEGO LOTR, so I am planning to embrace Borderlands 2, Sleeping Dogs and Crysis 3."

Locke Vincent (@LockeVincent) - "Raiding Tombs, and editing all the slow motion zombie headshots we got this week. "

Tally Callahan - "Gotten back into Torchlight 2, so I'll be hitting that up."

Chris Metz (@The_Lemko) - "Can I reach the City of Gold in Spelunky? Probably not, but I'm going to try my damn hardest. OH, and I'm also throwing in extra cardio with Runner2."

John Bardinelli (@itsamejohn) - "Gotten back into Sol Survivor, so it'll be a weekend of tesla coils and lasers firing from the sky."