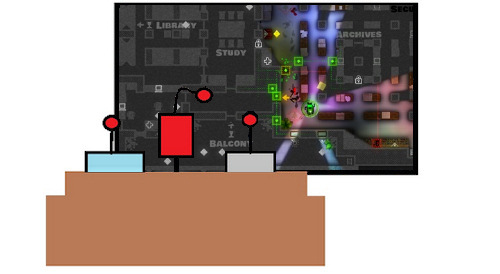 Monaco: What's Yours is Mine came out this week - and it's quite the co-op game if we do say so ourselves.  Not to worry other games we‘ll play you too - but first there is loot to steal.

Nick Puleo (@NickPuleo) - "No games for me, just site development - though I may distract myself with some Surgeon Simulator 2013 for a good laugh."

Andrew Gaskill (@cubninja) - "I'll be soldiering through the Star Trek game for review. When I want to have fun I'll take a break with the Soul Sacrifice demo, Monaco, Defiance, Dead Island: Riptide, or Sacred Citadel.  "

Marc Allie (@DjinniMan) - "It will be a busy weekend but I hope to wrap up the campaign in Starcraft 2 at some point."

Eric Murphy (@smurph_em)- "It'll be a busy one for me as well, but I'll squeeze in The Walking Dead (the good one) and Halo 4."

Locke Vincent (@LockeVincent) - "Putting on my heist pants to play as much Monaco as I can handle.  "

Tally Callahan - "I'll probably be delving into Bioshock: Infinite as well as playing the Neverwinter headstart."

Chris Metz (@The_Lemko) - "I'm going to be finishing up Dead Space 3's Hardcore Mode and then looking to dab in a little Monaco later on."