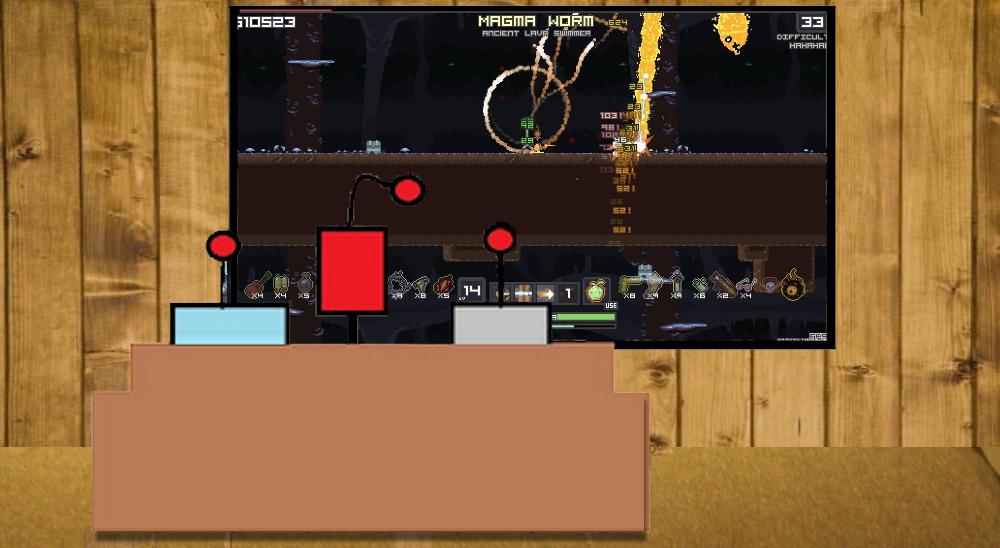 A bunch of staff are going to be streaming Risk of Rain Beta this Sunday night, an indie rogue league co-op platformer shooter thingy game-a-ma-jig. Yeah, that's the official genre. So be sure to check that out. There's a good variety of games otherwise being played by the staff, here's what's going down.

Nick Puleo (@NickPuleo) - "Looking forward to some Risk of Rain on Sunday night, otherwise I think I might just blow some time in DOTA 2 and NHL14"

Mike Katsufrakis (@Pheriannath) - "I'll be gettin' my crime on in GTA V. "

Marc Allie (@DjinniMan) - "It's another board game day tomorrow, and I am hoping to play some new stuff I picked up, including Panic Station, a co-op."

Jason Love (@JLove55) - "A semi-working weekend for me, unfortunately, but hope to get in some more Borderlands 2 on PS3 and the Risk of Rain beta."

Locke Vincent (@LockeVincent) -"I'm pretty excited to dive into Risk of Rain as well as try to finish up Last of Us. However, Revelations 2012 is installed and who knows what happens after that. "

Tally Callahan - "More Diablo 3 (console only, of course!) as well as getting my tabletop on with the LotR: LCG Black Riders expansion!"

Sam Tyler (@thereelsamtyler) - "I've been back roaming the plains of Borderlands 2 recently and also picked up Far Cry: Blood Dragon for some old school entertainment."

Chris Metz (@The_Lemko) - "Back to PAYDAY 2 loot grinding... It's definitely an addiction."

Justin Reynolds (@justinsocial) - "More Gravity Rush again. Stoked for the sequel, but first I gotta finish #1. Roommate also snagged GTA V, so I feel like I'll be giving that a second shot. "

Taylor Killian - "This seems like a good weekend to delve into the visually perplexing world of Dragon's Crown."