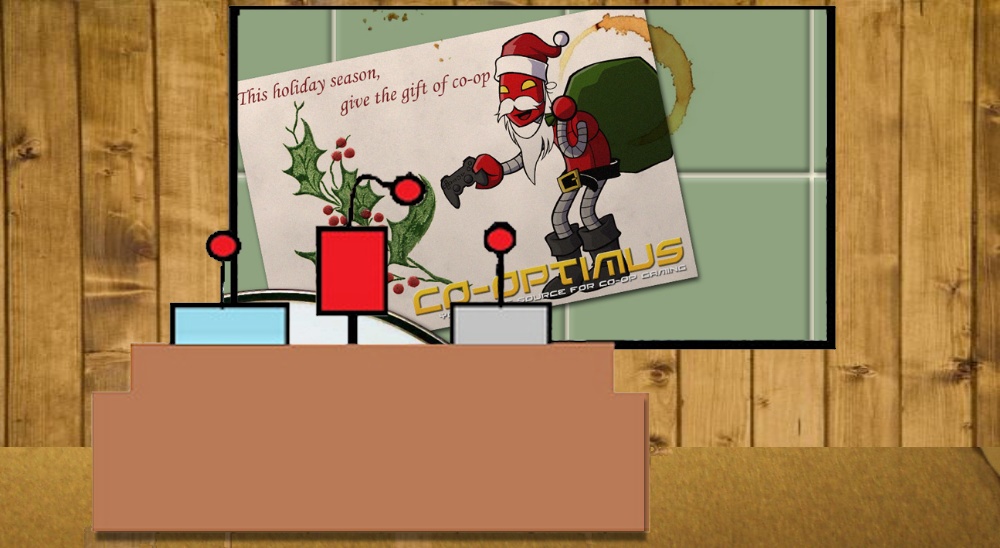 It's the last weekend before the Christmas holiday, which means it's time to wrap up all those presents you were going to give your friends and family but decided to open and play for yourself. It seems a lot of the staff have taken to playing board games this weekend, which is ok by us.

Nick Puleo (@NickPuleo) - "I've decided to finally play Skyrim again on the PC. So I'll be doing that."

Mike Katsufrakis (@Pheriannath) - "After blasting through Contra and River City Ransom in co-op last week, I've planned another retro co-op session. Will we be able to best the Turbo Tunnel? I also picked up Republique to check out."

Marc Allie (@DjinniMan) - "Starting off winter break with a board game day tomorrow. Hoping I get some Cosmic Encounter and maybe Gears of War in."

Jason Love (@JLove55) - "Another board game weekend for me, which I'm looking forward to, but still... I'll miss the space ninjas..."

Locke Vincent (@LockeVincent) -"I'm transporting my life husk west so it's portables for the first bit, so we're talking that hot Pokemon joint. Then I'm going to sit by a fire with a laptop and play Hearthstone like a wizard. Finally capping the holidays off with this Steam sale and devouring a gluttonous amount of games."

Tally Callahan - "I'm GMing my first large group Pathfinder game tonight! Wish me luck! Then I'll be hitting up some board games that I got as early Christmas presents tomorrow."

Sam Tyler (@thereelsamtyler) - "In the great white north of England."

Chris Metz (@The_Lemko) - "My buds want to finish up The Cave this weekend, and maybe to some Capture the Flag in GTA Online. Exciting stuff!"

John Bardinelli (@itsamejohn) - "Planning on catching up with some of my Steam backlog. I might try Rust again, even though it angered me the first ten times I played it."

Justin Reynolds (@justinsocial) - "Having finished Bioshock Infinite and awaiting the arrival of my new TV, I have a library of backlog PC games I could start. Pick for me? Sleeping Dogs, Hitman Absolution, Rage, Crysis 2, Tomb Raider, Metro Last Light, Slender The Arrival or Far Cry 3?"