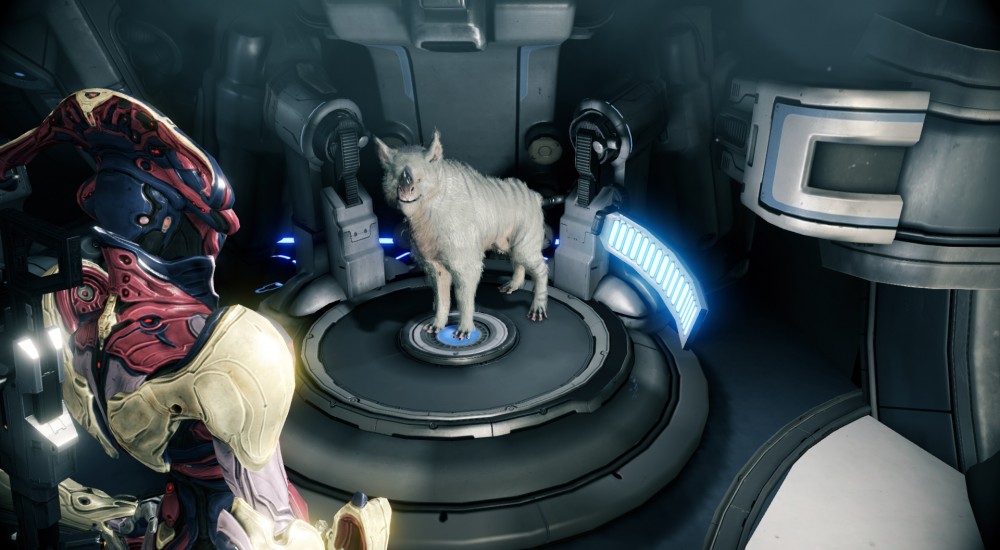 It's been quite a bit of time since I last stepped into my space ninja gear and took on the universe, but the latest update to Warframe for the PS4 and Xbox One versions has me thinking I may need to split my time between it and Destiny. I mean, just look at that screen! Apparently you get some kind of genetically engineered bat-dog?

The biggest changes that update 14.5 introduces are a new mission type, Excavation, and a (much needed) overhaul of the mod fusion system. The Excavation mission will replace the Survival missions on any terrestrial map, which only makes sense because the Survival missions were all about collecting oxygen capsules from enemies to try and survive but if a planet is running out of air, you've got bigger problems. The new mode will task players with gathering power cores from specific enemies, using those cores to power up a scanner that will search for suitable area to drop the excavating device, and then defending the excavating device while it extracts some resources.

For now, these missions are specifically part of a global event, Operation Cryotic Front, which means there will be some special rewards and gear for completing these missions.

In addition to the new mission and event, the mod fusion system, which has long been a cloogy mess, has been revamped to be more user-friendly and provide better information. This will go well with the new weapons that have been introduced in the update, which include a very slick looking pair of bladed tonfas.

While I know "free-to-play" games are a bit of a mixed bag for many players these days, Warframe is the one game that has really turned my view on them. There is a ton of support from Digital Extremes with constant updates and tweaking, a very solid underlying gameplay, and an overall welcoming cooperative environment.